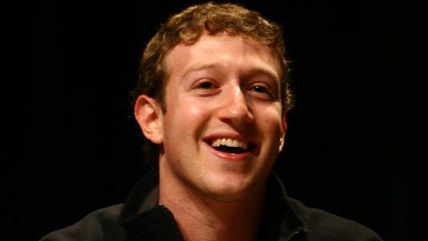 Some of the technology leaders attending the Tech Crunch Disrupt conference in San Francisco this week talked about the biggest non-tech tech news in the industry this year, public revelations about the NSA's massive domestic data collection program. Tech companies, in fact, could lose up to $180 billion in overseas sales, according to analysts.

Yet as Facebook's attempt to change its privacy policy to let it deploy users' names and photos in advertisements show, in a big way data collection is the business of many tech companies. At the TechCrunch conference, Facebook's Mark Zuckerberg said the social media network company's goal was "to understand everything in the world, semantically," and to "help connect everyone" in the world. Americans may not be buying it; only 11 percent trust Facebook with their privacy, three times less than the IRS. No surprise the satirical Onion lampooned the company as a successful CIA project.  Asked about sharing data with the US government, ZDNet reports:

"I think it's my job and [Facebook's] job to protect everyone that uses Facebook. It's our government's job to protect all of us," Zuckerberg argued. "They did a bad job of balancing those things here. I think the government blew it."

Pointing towards the social network's first transparency report published recently, Zuckerberg defended that the company "worked really hard with the government behind-the-scenes to reveal the number of requests," admitting it wasn't everything Facebook wanted to declare in the end.

Marissa Mayer, CEO of the search company Yahoo, expressed more skepticism about US surveillance, pointing out being transparent about it would've led to jail time. Via The Guardian:

Mayer was asked why tech companies had not simply decided to tell the public more about what the US surveillance industry was up to. "Releasing classified information is treason and you are incarcerated," she said.

Mayer said she was "proud to be part of an organisation that from the beginning, in 2007, has been sceptical of – and has been scrutinizing – those requests [from the NSA]."

Yahoo has previously unsuccessfully sued the foreign intelligence surveillance (Fisa) court, which provides the legal framework for NSA surveillance. In 2007 it asked to be allowed to publish details of requests it receives from the spy agency. "When you lose and you don't comply, it's treason," said Mayer. "We think it make more sense to work within the system," she said.

Last week Yahoo and Microsoft said they were deeply concerned the NSA was trying to crack their encryption systems. Google, meanwhile, is fast tracking its work on encrypting its data streams, calling it an "arms race" with the intelligence community.