Snowden's Reported Email Provider Shuts Down Rather Than Cooperate with Feds 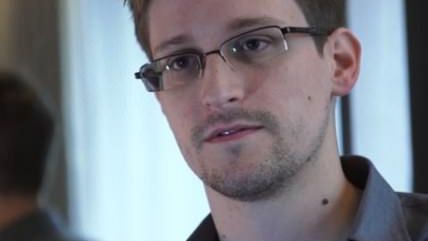 NSA surveillance leaker Edward Snowden reportedly used an email provider called Lavabit, which boasted of strong security features. Today, Boing Boing took note that the company has shut down and posted a message by the owner explaining the company would not "become complicit in crimes against the American people."

Spencer Ackerman over at The Guardian reported further:

Lavabit, an email service that boasted of its security features and claimed 350,000 customers, is no more, apparently after rejecting a court order for cooperation with the US government to participate in surveillance on its customers. It is the first such company known to have shuttered rather than comply with government surveillance.

"I have been forced to make a difficult decision: to become complicit in crimes against the American people or walk away from nearly ten years of hard work by shutting down Lavabit," founder Ladar Levison wrote on the company's website, reported by Xeni Jardin the popular news site Boing Boing.

Levison said government-imposed restrictions prevented him from explaining what exactly led to his company's crisis point.

Levinson is planning on a court fight over the orders, whatever they may be. Declan McCullagh, tech reporter for CNET, theorizes that Lavabit may have gotten an order to intercept user passwords or install surveillance software on their equipment, two government tactics he's written about recently.