Law "violates the Equal Protection Clause of the California Constitution on its face," says judge. A measure meant to bring more diversity to the boards of companies headquartered in California is unconstitutional, says the Los Angeles County Superior Court.

The diversity requirement—signed into law in September 2020—said that publicly held companies with headquarters in California must have at least one director from an "underrepresented community," meaning someone who "self-identifies as Black, African American, Hispanic, Latino, Asian, Pacific Islander, Native American, Native Hawaiian, or Alaska Native, or who self-identifies as gay, lesbian, bisexual, or transgender." Depending on board size, the number of board members from these communities would have to increase by the end of 2022.

The law (AB 979) followed on the heels of a 2018 California mandate (SB 826) that corporate boards feature at least one woman. Companies in violation of either law were eligible for six-figure fines.

The conservative group Judicial Watch challenged AB 979 on behalf of three California taxpayers, saying it violated California's constitution. "Gender quotas and now new quotas for numerous other groups for corporate boards are slaps in the face to the core American value of equal protection under the law," said Judicial Watch President Tom Fitton in an October 2020 statement.

The law "violates the Equal Protection Clause of the California Constitution on its face," wrote Green in his order. "The statute treats similarly situated individuals—qualified potential corporate board members—differently based on their membership (or lack thereof) in certain listed racial, sexual orientation, and gender identity groups. It requires that a certain specific number of board seats be reserved for members of the groups on the list—and necessarily excludes members of other groups from those seats."

The state "has not identified a compelling interest to justify this classification," noted Green. "The broader public benefits produced by well-run businesses do not fit that bill. On the other hand, while remediation of discrimination can be a compelling interest, the state must define a specific arena in which the discrimination has occurred, such as a school district or a specific industry within a particular local jurisdiction."

"A member of the public … might wonder at this result," he added. "If the Legislature has identified a social problem, how can the court stand in the way of the obvious and direct approach to solving it?"

His answer: Courts are charged with "maintaining the continuity of rules even against the will of the majority." And "fundamental values, whether personal or social, must be guarded. Equal treatment and opportunity, of and for all individuals regardless of how they look or identify, is one of this state's basic commitments. … Only in very particular cases should discrimination be remedied by more discrimination. And that should only happen after obvious alternative measures have been tried."

Corporate board diversity quotas have been controversial for a number of reasons. Diversity in boardrooms might be a good goal—whether for cultural or economic reasons—but from a libertarian perspective, it's not one the government should be allowed to force on private companies. There are also feminist objections to quotas, with some worrying that they reinforce stereotypes about women (or members of "underrepresented communities") by implying they're not good enough to be board members without government-enforced quotas.

Besides, there's little to support the idea that quotas have a "trickle down" effect on leadership positions within companies or workplace diversity and policies more broadly. And research is mixed on whether they improve corporate performance.

Can a public school football coach pray on the field? "Lower courts have mostly forbidden public school teachers from openly praying in the workplace, even if students are not involved. Yet the Supreme Court has not directly addressed such a case—until now," notes Charles Russo in the Ohio Capital Journal. Oral arguments in the case—Kennedy v. Bremerton School District—are scheduled for April 25.

"At issue is whether a school board violated the rights of Joseph Kennedy, a football coach it suspended, and whose contract it did not renew, because he ignored its directive to stop kneeling in silent prayer on the field after games," explains Russo:

Kennedy claims that the board violated his First Amendment rights to freedom of speech and freedom of religion, along with his rights under the Civil Rights Act, which prohibits employment discrimination.

The Supreme Court faces two key questions: whether prayers public school employees say in front of students are protected by their First Amendments rights; and, if they are, whether educational officials must still prohibit them in order to avoid promoting particular religions and violating the Establishment Clause.

From my perspective as a specialist in education law, the case is noteworthy because the court should resolve sticky questions surrounding whether public school employees can pray when supervising students, or if doing so crosses the line and becomes impermissible government speech.

Kennedy v. Bremerton also reflects the inherent tension between the First Amendment's two clauses on religious freedom: The Free Exercise clause protects individuals' right to practice their faiths as they wish, while the Establishment Clause forbids the government from "establishing" a religion.

You can find more on the case here. 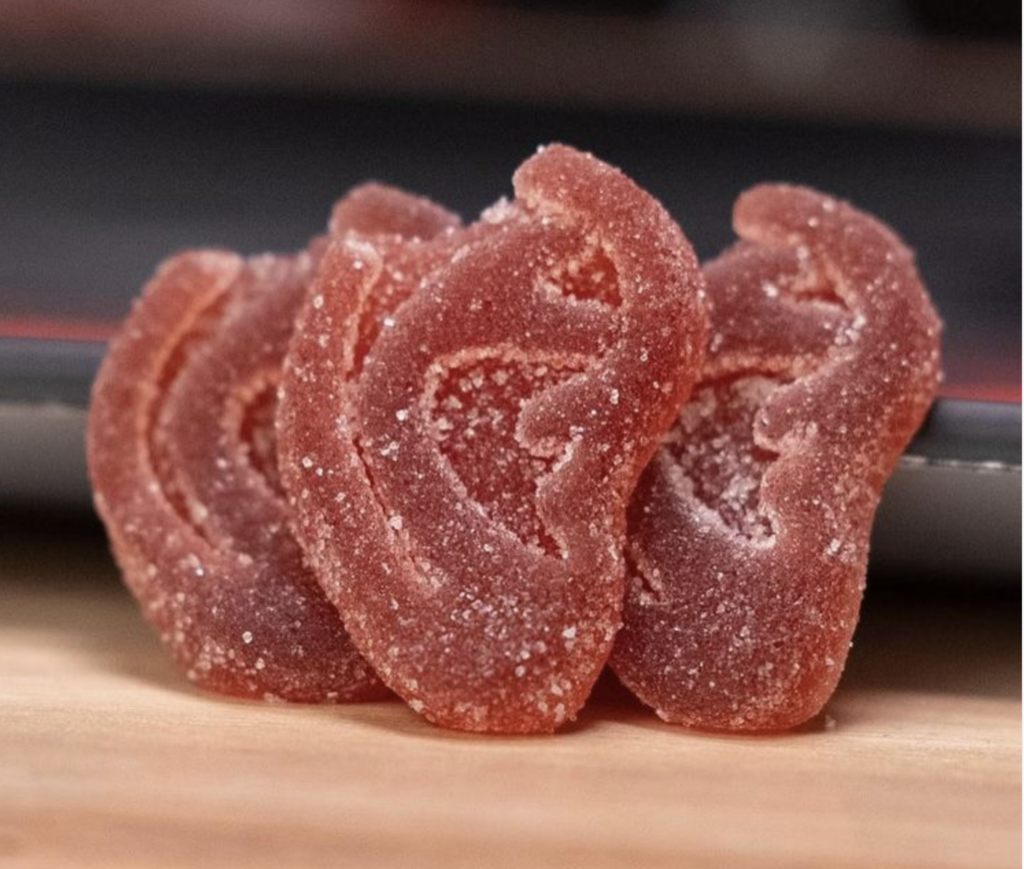 Coloradans can't get high off Mike Tyson's ear-shaped edibles. Former boxing champion Mike Tyson has been capitalizing off his notorious 1997 ear-biting incident, in which he chomped down on opponent Evander Holyfield's ear, by selling THC-infused edibles shaped like ears with a bite chomped out of them. His company, Tyson 2.0, "confirmed that the infused gummy ears are real, and are currently sold in California," according to Westword. And Tyson 2.0 plans to expand these "Mike Bites" to more states this year. But that won't include Colorado:

A 2016 state law prohibits marijuana edibles from being shaped like humans, animals, fruit or other objects that could attract children, and according to the Colorado Marijuana Enforcement Division, Holyfield's chomped ear is just too damn attractive. The vegan, ear-shaped edibles are "directly applicable" to the law banning human body part shapes, according to MED communications director Shannon Gray.

• Tesla CEO Elon Musk now owns 9.2 percent of Twitter. "It's not clear at present what type of involvement Musk will have in Twitter's decision making processes, or whether he will be asked to join the company's board," notes Reason's Liz Wolfe.

• Republicans and Democrats in the Senate have reached a deal on a COVID-19 spending package that includes at least $5 billion for therapies and $750 million for research on coronavirus variants.

• A property rights win in Wisconsin:

Property owners no longer have to fear the government taking their home, selling it, and keeping all the profits over unpaid tax bills.

• Matthew Yglesias tackles "the bizarre myth that Ancient Greeks couldn't see blue" and what that has to do with modern language policing.

• Did Ketanji Brown Jackson flout the law when she reduced a drug dealer's sentence?

• The Atlantic explores the "covert network of activists" making preparations for the overturning of Roe v. Wade—a cadre of "vaginal preppers" aiming to help women learn old-school techniques for self-managed abortion. "Just knowing the people who came before you had other ways of managing these things, not necessarily through a doctor or condoned by a government—there's something really powerful in that," a woman identified as "Ellie" tells The Atlantic.

• Three states—Arizona, Louisiana, and Missouri—are suing to stop the Biden administration from ending an order that lets the U.S. turn away many refugees without processing their asylum requests.

• Why does U.S. border patrol need the ability to delete messages?

• "Chinese authorities extended a lockdown in Shanghai to cover all of the financial centre's 26 million people on Tuesday after city-wide testing saw new COVID-19 cases surge to more than 13,000 amid growing public anger over quarantine rules," reports Reuters.