Electorally vulnerable Democratic governors have historically been tougher on crime than Republicans. 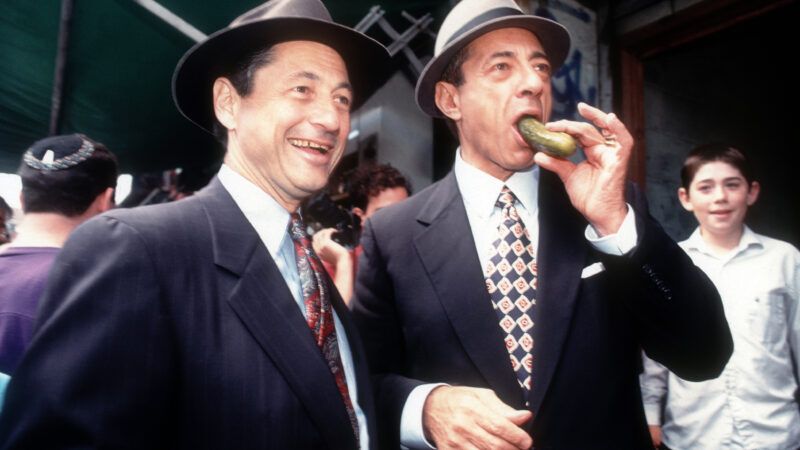 Republicans tend to get more blame than Democrats do for the terrible state of America's criminal justice system, with its overly punitive "tough-on-crime" policies and enthusiasm for mass incarceration. But new research published in Political Research Quarterly challenges this calculation. In looking at whether Democratic or Republican state leaders drive more carceral policies, Anna Gunderson—an assistant professor of political science at Louisiana State University—found that "Democratic governors who barely win their elections outspend and outincarcerate their Republican counterparts."

In states and elections where Democratic governors only eked out a win, corrections spending rose by around $15 per capita. Gunderson also found "tentative evidence" that Democratic governors who had been in tight electoral contests increased incarceration rates and prison admissions, too.

The results highlight "Democrats' complicity in the expansion of the carceral state," Gunderson writes.

Why did electorally vulnerable Democrats get more carceral? "Democrats were afraid to look weak on crime and instead supported policies at least as punitive or even more punitive than their Republican counterparts," suggests Gunderson. They "adopted tough on crime measures to curry electoral favor and siphon voters who were voting Republican because of their crime platform."

As an example, she offers up Mario Cuomo, a Democrat (and father of current New York Gov. Andrew Cuomo) who served as governor of New York from 1983 to 1994. Cuomo "presided over a massive $7 billion prison construction program and added more prison beds to the state than all the previous governors in New York history combined," Gunderson writes. While he "once called the prison boom 'stupid,'" Cuomo changed his tune amid accusations of being soft on crime.

By now, the fact that Democrats (including President Joe Biden) were no better than their Republican counterparts about crime panic in the late 20th century is pretty well established. But Gunderson found this held true whether we're talking about the data from the '80s and '90s or from 2000–2016. For both time periods, "the results here suggest electorally vulnerable Democratic governors will prioritize punitive policies in an effort to woo voters," her paper states.

Ultimately, the results "throw a wrench into conventional understandings of the politics of punishment," suggests Gunderson. "These results suggest it is not only Democrats in particular regions or states, but all those that are facing stiff electoral competition that are pursuing these punitive policies."