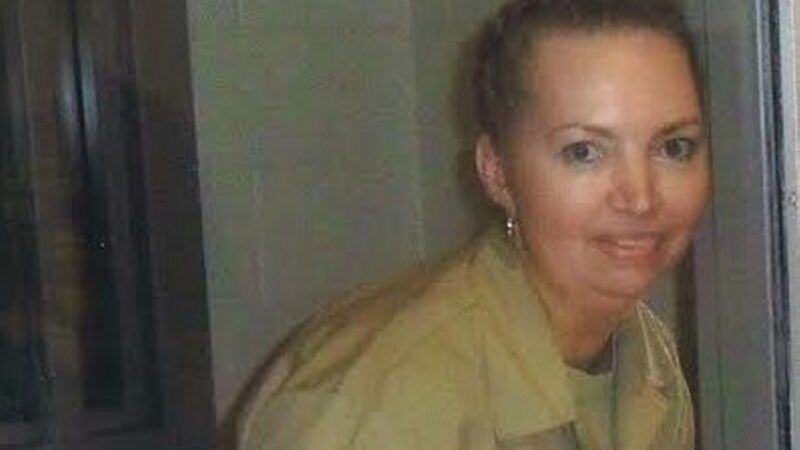 A federal judge had ordered a stay preventing the Department of Justice from executing death row prisoner Lisa Montgomery today, only to have that stay lifted this afternoon by a higher court.

Even though William Barr stepped down as attorney general before Christmas, and even though President Donald Trump is in his office sulking, plans to execute more prisoners during the last days of the administration are still moving forward.

Montgomery is the only woman among the death row inmates the Justice Department scheduled for execution. Montgomery was convicted of choking a pregnant woman to death in 2004, then cutting the baby out of the woman's body to pass it off as her own. The child survived, and Montgomery was convicted and sentenced to death by a unanimous jury. If the execution were to happen, she'd be the first female prisoner put to death by the federal government since 1953.

But her attorneys have argued that she suffers severe mental illness, a result of long-term sexual abuse at the hands of her stepfather, who was encouraged by her mother. Montgomery's older sister has come forward to validate Montgomery's claims and to detail the sexual abuse she also endured when the two of them were children.

Montgomery's defense attorneys argue that her current mental state is so unstable that she no longer understands why the federal government seeks to execute her, and doing so would therefore violate her constitutional rights. Her attorneys brought in three experts, including a retired Federal Bureau of Prisons psychiatrist who used to treat her, to testify that her mental state is such that she cannot understand what's happening to her.

Monday evening, U.S. District Judge James Patrick Hanlon for the Southern District of Indiana ruled that Montgomery's lawsuit would likely succeed on the merits. Hanlon granted a motion to stay for a subsequent hearing to determine her mental competency.

Kelley Henry, Montgomery's attorney, sent out a prepared statement that read in part, "Mrs. Montgomery has brain damage and severe mental illness that was exacerbated by the lifetime of sexual torture she suffered at the hands of caretakers. The Eighth Amendment prohibits the execution of people like Mrs. Montgomery who, due to their severe mental illness or brain damage, do not understand the basis for their executions. Mrs. Montgomery is mentally deteriorating and we are seeking an opportunity to prove her incompetence."

The Justice Department is appealing the ruling, but if it holds, Hanlon's order will likely prevent Montgomery from being executed before the end of Trump's term. President-elect Joe Biden, a former supporter of the death penalty, now opposes it (and so does the Democratic Party platform). Even if a subsequent hearing leads to a judge giving the feds clearance to execute her, Biden may (and should!) commute her sentence to life in prison.

Montgomery is not the only death row inmate facing imminent execution in the last days of the Trump administration. Corey Johnson and Dustin Higgs have been scheduled for execution on Thursday and Friday, respectively. The two men tested positive for COVID-19 in December after an outbreak among staff and prisoners at the Terre Haute prison complex. Attorneys for Johnson and Higgs are trying to get injunctions blocking their executions in the U.S. District Court for the District of Columbia, arguing that executing the two men while they're struggling with respiratory issues due to their COVID-19 infections would likely cause additional pain, violating their Eighth Amendment rights.

UPDATE: This afternoon, U.S. District Judge Tanya Chutkan granted injunctions staying the executions of both Johnson and Higgs until March. Chutkan wrote in the ruling, "[E]xecuting inmates who are positive for COVID-19 in a facility with an active COVID-19 outbreak will endanger the lives of those performing the executions and those witnessing it. This is irresponsible at best, particularly when a temporary injunction will reduce these risks."