With Friday's ruling from the Supreme Court, the result of this year's presidential election is clear. Joe Biden won. It is over. 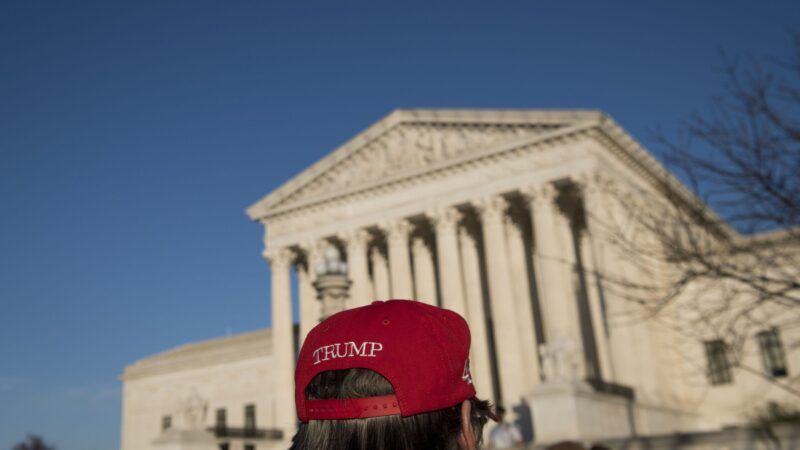 The case had been brought directly to the court by Texas Attorney General Ken Paxton, who challenged the constitutionality of election laws in four states—Georgia, Michigan, Pennsylvania, and Wisconsin—on the grounds that those states had changed election procedures without the consent of their respective state legislatures. Paxton asked the Supreme Court to postpone the scheduled December 14 meeting of the Electoral College to allow for more time to investigate possible voter fraud in those states.

But the Texas lawsuit "has not demonstrated a judicially cognizable interest in the manner in which another State conducts its elections," the court ruled on Friday.

Justices Samuel Alito and Clarence Thomas wrote that they did not believe the court had the authority to reject a case brought under original jurisdiction—that is, under the provision in Article III of the U.S. Constitution that allows the Supreme Court to directly take-up cases where one state is suing another—and that therefore the case should be heard by the court. But they agreed with the other seven justices, including all three Trump-appointed justices, that no immediate relief should be granted.

Despite the fact that Trump had promised that the Texas lawsuit was "the big one" in his campaign's multi-pronged and poorly performing legal effort to reverse his loss in last month's election, most nonpartisan observers viewed the lawsuit as an inept mess. In an amicus brief also filed on Thursday, a group of conservative legal scholars described the underlying lawsuit as making "a mockery of federalism and separation of powers."

More than 100 members of Congress—including House Majority Leader Kevin McCarthy (R–Calif.) and Rep. Andy Biggs (R–Ariz.), chairman of the House Freedom Caucus—signed an amicus brief asking the court to support the Texas lawsuit. If nothing else, the lawsuit had the benefit of exposing which Republican members of Congress were willing to support Trump's unfounded attempt at overturning the election's result.

With Friday's ruling and the Electoral College's official vote looming on Monday, the result of this year's presidential election is clear. Joe Biden is the president-elect. It's over.