In the lead-up to last week's election, one of the major points of possible controversy revolved around Pennsylvania's decision to count mail-in ballots that arrived up to three days after Election Day.

That rule—which was imposed by the state's top election officials and the Pennsylvania Supreme Court without the consent of the Republican-controlled state legislature—seemed destined to produce a messy legal battle. Just days before the election, the U.S. Supreme Court ordered Pennsylvania to segregate those late-arriving ballots and count them separately. If the state's election was close and Pennsylvania's 20 electoral votes proved decisive, keeping those ballots separated from the rest would allow the U.S. Supreme Court to decide later whether they should be counted or not.

Thankfully, it looks like they won't matter at all. Kathy Boockvar, Pennsylvania's Democratic Secretary of State, announced on Tuesday that about 10,000 mail-in ballots arrived at county election offices after Election Day. President-elect Joe Biden currently holds a 48,000 vote lead in the Keystone State. Those 10,000 or so late-arriving ballots might affect other races in the state, but it seems fairly obvious that they were not responsible for swinging the presidential election towards Biden.

Nevertheless, President Donald Trump is still implying that they did.

Trump is correct that there are interesting constitutional and legal questions surrounding Pennsylvania's decision to allow those ballots to be counted. But given Biden's lead in the state, those questions are purely academic.

This is, by now, a familiar pattern for Trump, his campaign, and its allies: allege unspecified irregularities or fraud or unfair election rules, then struggle to prove the case. As Reason's Elizabeth Nolan Brown highlighted this morning, Trump's claims of election fraud (in Pennsylvania and elsewhere) have not panned out.

That doesn't mean there isn't some undiscovered fraud out there, of course, and there's probably no such thing as a perfect election. There are some serious allegations of vote-counting shenanigans in Michigan, but the circumstantial evidence offered by the Trump campaign in Pennsylvania, so far, just doesn't seem to hold up.

Take, for example, another claim that's been bouncing around the internet on Wednesday. Steve Cortes, a senior advisor to the Trump campaign, tweeted that Biden's vote totals in Montgomery County, Pennsylvania, were improbably high.

The improbability of Biden's outperformance vs. Obama:

This isn't evidence of malfeasance, of course, but it's meant to suggest that something—Cortes avoids saying exactly what—isn't on the up and up.

Except, well, Biden's performance in Montgomery County isn't that surprising at all. A quick look at the 2018 midterm election results in Pennsylvania shows that Sen. Bob Casey (D–Pa.) won Montgomery County by 122,000 votes that year, while Gov. Tom Wolf, a Democrat, won the county by 136,000 votes. Both Casey and Wolf exceeded Obama's 2012 vote total—and did it in a midterm election when turnout was lower. 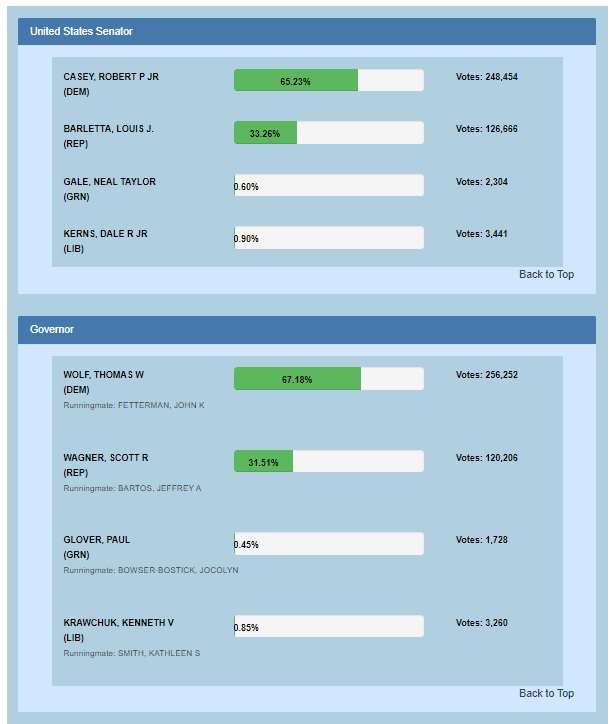 Biden's margin in Montgomery County isn't unusual or surprising. It's the result of an ongoing trend in Pennsylvania (and elsewhere) of suburban counties turning deeper shades of blue in recent years.

If the Trump campaign wants to prove that Biden's win in Pennsylvania is the result of voter fraud or malfeasance on the part of election officials, they are going to have to do better than this.