Contrary to What Ted Cruz Thinks, Prepubescent Twerking Does Not Make Cuties Illegal

The federal definition of child pornography does not encompass risqué dancing by clothed 11-year-olds. 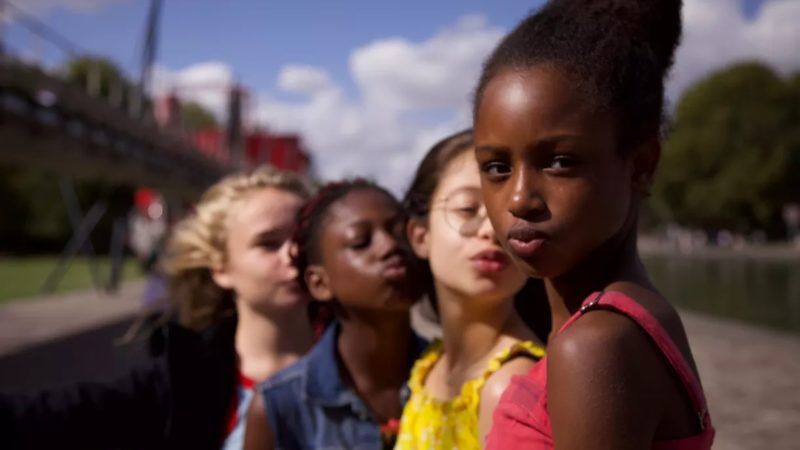 The French film Cuties, currently available on Netflix, has outraged American politicians who say it sexualizes prepubescent girls. Rep. Tulsi Gabbard (D–Hawaii), a former presidential contender, warns that Cuties, which depicts an 11-year-old's participation in a risqué dance troupe that flouts the values of her conservative Muslim family, "will certainly whet the appetite of pedophiles & help fuel the child sex trafficking trade." Sen. Ted Cruz (R–Texas) goes even further, suggesting that Cuties is illegal. Whatever your take on the film's merits, Cruz presents no evidence to substantiate that claim.

In a letter he sent Attorney General William Barr on Friday, Cruz urges the Justice Department to "investigate the production of 'Cuties' and Netflix's distribution of the film in order to determine whether Netflix, any of its executives, or anyone involved with the making of 'Cuties' violated any federal laws against the production and distribution of child pornography." But he conspicuously fails to explain how the film runs afoul of those statutes.

"The film routinely fetishizes and sexualizes these pre-adolescent girls as they perform dances simulating sexual conduct in revealing clothing, including at least one scene with partial child nudity," Cruz writes. "These scenes in and of themselves are harmful. And it is likely that the filming of this movie created even more explicit and abusive scenes, and that pedophiles across the world in the future will manipulate and imitate this film in abusive ways."

Except for Cruz's fact-free speculation about scenes that did not make it into the final movie, none of this supports his claim that Cuties qualifies as child pornography, which federal law defines as a "visual depiction" of "sexually explicit conduct" involving people younger than 18. While the definition encompasses "simulated sexual intercourse," that phrase is not broad enough to cover the scenes described by Cruz.

As the Supreme Court explained in a 2008 opinion by Justice Antonin Scalia, "'simulated' sexual intercourse is not sexual intercourse that is merely suggested, but rather sexual intercourse that is explicitly portrayed, even though (through camera tricks or otherwise) it may not actually have occurred." Scalia added that "the portrayal must cause a reasonable viewer to believe that the actors actually engaged in that conduct on camera." Similarly, a 2008 rule issued by the Justice Department says "simulated sexually explicit conduct means conduct engaged in by performers in a visual depiction that is intended to appear as if the performers are engaged in actual sexually explicit conduct, and does so appear to a reasonable viewer."

Twerking by clothed 11-year-old dancers, however much it may trouble politicians and parents, plainly does not fit that description. Nor does the film's potential appeal to pedophiles transform it into contraband.

As The New York Times notes, Cuties director Maïmouna Doucouré, who based the protagonist on her own experiences as a child of Senegalese immigrants growing up in Paris, says she is disturbed by some of the same cultural tendencies that bother Cruz and Gabbard:

"I recreated the little girl who I was at that age," she said. "Growing up in two cultures is what gave me the strength and the values I have today."

"As a child, that question of how to become a woman was my obsession," she added.

Ms. Doucouré has said the idea for the film came to her after she attended a neighborhood gathering in Paris where she saw a group of 11-year-olds performing a "very sexual, very sensual" dance. She said she spent a year and a half doing research and meeting with hundreds of preteens to prepare for the film.

"I needed to know how they felt about their own femininity in today's society and how they dealt with their self-image at a time when social media is so important," she told Netflix.

The more sexualized a woman appears on social media, the more girls will perceive her as successful, Ms. Doucouré said.

"Children just imitate what they see to achieve the same result without understanding the meaning," she said. "And yeah, it's dangerous."

According to Netflix, Cuties is "a social commentary against the sexualization of young children." Whether or not you buy that, the legality of Cuties does not hinge on the director's motivation or the film's anticipated social effects.