Once a staunch prohibitionist, the Democratic vice-presidential pick is arguably the most libertarian senator on marijuana. 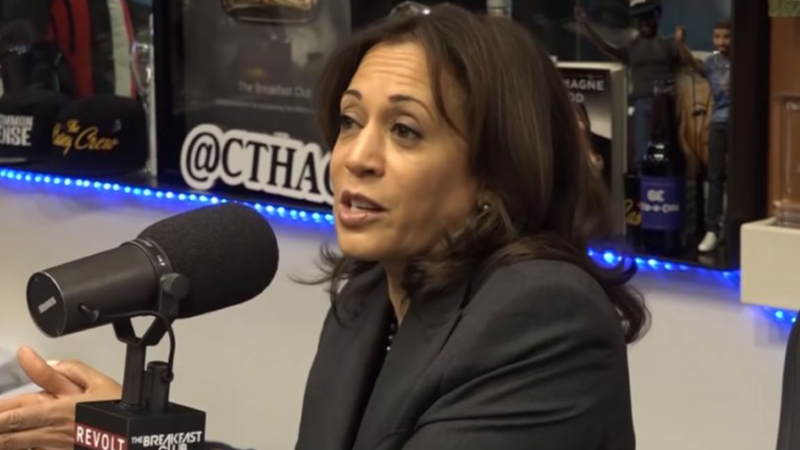 A funny thing happened to Sen. Kamala Harris (D–Calif.) on her way to the Democratic Party's vice-presidential nomination: She is no longer "the drug warrior, vice cop, and draconian prosecutor" she used to be. When it comes marijuana, she has gone from being a hardline prohibitionist to one of the more pro-legalization members of the U.S. Senate.

As Kyle Jaeger of Marijuana Moment, a pro-legalization website, writes:

Though she coauthored an official voter guide argument opposing a California cannabis legalization measure as a prosecutor in 2010 and laughed in the face of a reporter who asked her about the issue in 2014, she went on to sponsor legislation to federally deschedule marijuana in 2019.

When Harris was running for reelection as San Francisco's district attorney, she boasted that she "closed legal loopholes that were allowing drug dealers to escape prosecution" and bragged that she "increased convictions of drug dealers from 56% in 2003 to 74% in 2006." But in the Senate, Harris has been an outspoken proponent of marijuana reform and rarely misses an opportunity to highlight her desire to legalize weed (and, on occasion, her past experience smoking it). Earlier this year—on 4/20, naturally—she tweeted that the "Senate must pass my Marijuana Opportunity Act to legalize marijuana at the federal level and expunge non-violent marijuana-related offenses from the records of the millions who've been arrested or incarcerated. Too many lives have been ruined by these regressive policies."

The Senate must pass my Marijuana Opportunity Act to legalize marijuana at the federal level and expunge non-violent marijuana-related offenses from the records of the millions who've been arrested or incarcerated. Too many lives have been ruined by these regressive policies.

Harris has supported including marijuana businesses (in states where pot has been legalized) in various coronavirus relief bills, applauded the governor of Illinois for expunging the pot-related convictions of over 10,000 people, pushed for increasing the number of federally authorized marijuana growers for research, and called the War on Drugs an "abject failure."

All this reflecting public opinion. According to Gallup, two-thirds of Americans support legalizing weed, including 76 percent of Democrats, 68 percent of independents, and 51 percent of Republicans. Few issues outside of mom, apple pie, and ice cream carry similar levels of approval.

I don't doubt that Harris' evolution on legalizing marijuana has been driven as much or more by political contingency as by principle. I also don't really care. Like President Donald Trump (who says he supports returning decisions about the legal status of pot to the states), her public statements put her on the right side of this issue.

The question of why Harris has become more libertarian on pot is far less pressing than whether she will be able to convince Biden and the Democratic Party, which just refused to add a platform plank backing legalization, to reconsider their positions. Here's hoping she applies as much pressure as needed to flip Biden, who has been known to brag about his role in creating the office of the drug czar.

Either way, her journey from collegiate smoker to prohibitionist to legalizer is a reminder that elected officials rarely actually lead on anything. They follow where the public is already headed, which in this case is toward more freedom and individual choice.