Another Rogue Cop Just Got Qualified Immunity. The Judge Who Gave It to Him Isn't Happy About It.

"The Constitution says everyone is entitled to equal protection of the law—even at the hands of law enforcement," wrote Judge Carlton W. Reeves. 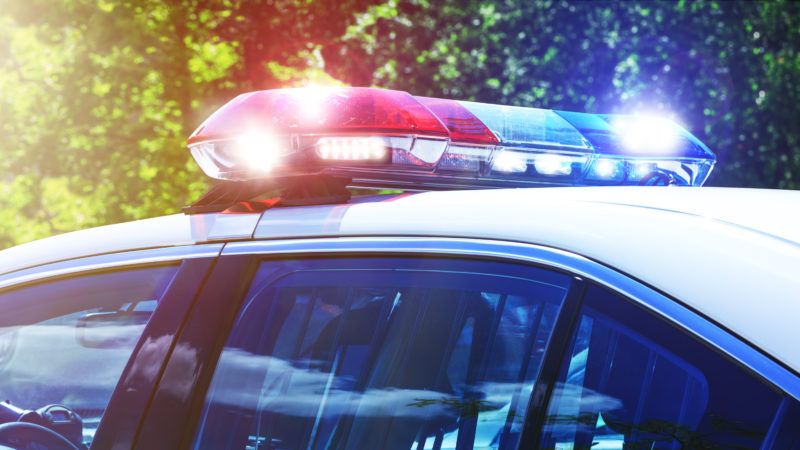 A federal judge this week gave a blistering rebuke of qualified immunity, the legal doctrine that makes it difficult to sue police officers in federal court when they violate your civil rights.

"The Constitution says everyone is entitled to equal protection of the law—even at the hands of law enforcement," wrote Judge Carlton W. Reeves of the U.S. District Court for the Southern District of Mississippi in a majority decision released yesterday. "Over the decades, however, judges have invented a legal doctrine to protect law enforcement officers from having to face any consequences for wrongdoing. The doctrine is called 'qualified immunity.' In real life it operates like absolute immunity."

But there's a catch: Reeves bemoaned the doctrine of qualified immunity in an opinion granting it to a police officer.

The case involves Richland Police Department Officer Nick McClendon who pulled over Clarence Jamison in Pelahatchie, Mississippi, to conduct a drug search that turned up no contraband but damaged Jamison's car in the process. McClendon allegedly sought consent for the search five times and lied to Jamison about why he needed to do so, telling the man he'd received a "phone call [about] 10 kilos of cocaine" in Jamison's vehicle. McClendon had received no such call, and he found no drugs. But he did deploy a canine and upended Jamison's Mercedes during the search, which lasted an hour and 50 minutes. When Jamison asked why he'd been stopped in the first place, McClendon replied that it was because his temporary cardboard license plate on his newly purchased vehicle, issued by the dealer, was "folded up," likely due to wind. The vehicle damages were appraised at $4,000.

But to overcome qualified immunity, a plaintiff must show that the defendant's misconduct had been "clearly established" by existing case law—the standard pulled out of thin air by the Supreme Court in Harlow v. Fitzgerald (1982). In practice, this criterion requires that plaintiffs show a public official's misbehavior is prohibited almost verbatim by a previous ruling from the same federal circuit or from the Supreme Court. That requirement is nearly impossible to meet. "This Court is required to apply the law as stated by the Supreme Court," Reeves writes. "Under that law, the officer who transformed a short traffic stop into an almost two-hour, life-altering ordeal is entitled to qualified immunity. The officer's motion seeking as much is therefore granted."

It is not unheard of for a federal judge to show disdain for his own ruling. They are required to enforce precedents established by the Supreme Court, even when doing so defies common sense. (Federal judges can also be seen decrying the mandatory minimum sentences they are required by Congress to impose on defendants who meet statutory criteria.)

A review of current qualified immunity decisions is instructive. The legal doctrine has protected two cops who allegedly stole $225,000 while executing a search warrant; a sheriff's deputy who shot a 10-year-old boy while aiming at the child's non-threatening dog; a prison guard who forced a naked inmate to sleep in cells filled with raw sewage and "massive amounts" of human feces; two cops who assaulted and arrested a man for the crime of standing outside of his own house; two officers who sicced a police dog on a surrendered suspect. That list is not exhaustive.

In its opinion granting qualified immunity to Michael Gutierrez, the Los Angeles Police Department officer who shot a 15-year-old boy who was on his way to school, the Court of Appeals for the Ninth Circuit wrote that "a rational finder of fact" could determine that Gutierrez's excessive force "shocked the conscience and was unconstitutional under the Fourteenth Amendment." He still received qualified immunity: "The panel held that because no analogous case existed at the time of the shooting, the district court erred by denying Gutierrez qualified immunity for this claim," the 9th Circuit concluded.

The same court offered a similar explanation when it denied plaintiffs in Fresno, California, the right to sue two police officers who took $225,000 from them. The police officers "ought to have recognized that the alleged theft was morally wrong," the 9th Circuit wrote, but they "did not have clear notice that it violated the Fourth Amendment."

Reeves does not appear convinced by the pretzel logic of qualified immunity. The doctrine's sordid history "makes clear that the Court has dispensed with any pretense of balancing competing values," he wrote. Rogue civil servants who have little regard for the rights of those they swear to protect and serve are bound to come out on top except in the rare circumstances where their malfeasance perfectly mirrors a precedent.

There have been several proposals to reform qualified immunity over the last couple of months, though it appears the theatre that is congressional politics will render them dead on arrival. Rep. Justin Amash (L–Mich.) introduced a bill to abolish it completely; it was co-sponsored by Rep. Ayanna Pressley (D–Mass.) with several other Democrats and one Republican. Though the GOP has been resistant to any changes to qualified immunity, Sen. Mike Braun (R–IN) introduced legislation that has similarly gone nowhere.

The Supreme Court has declined to hear a slew of qualified immunity cases and instead volleyed responsibility back to Congress. While such decisions should arguably be made by Congress, the Supreme Court created the very problem it now wants no part in solving.