Qualified Immunity Is a Test for Conservatives

The judicially invented license for police abuse undermines the rule of law and the separation of powers. 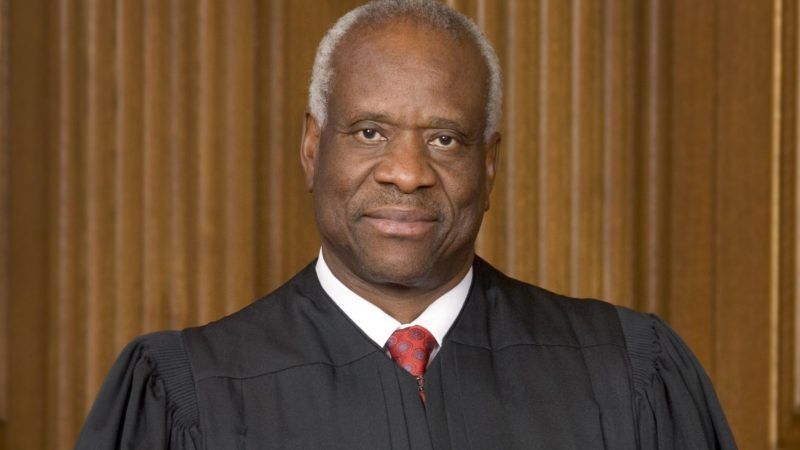 Former Minneapolis police officer Derek Chauvin faces murder and manslaughter charges for kneeling on George Floyd's neck until he stopped breathing. But even if Chauvin is convicted, Floyd's family may not be able to pursue claims under a federal statute that authorizes lawsuits against government officials who violate people's constitutional rights.

The uncertain prospects for the lawsuit Floyd's relatives plan to file underlines the unjust and irrational consequences of qualified immunity, a doctrine that shields police from liability for outrageous conduct when the rights they violated were not "clearly established" at the time. Congress should seize the opportunity created by Floyd's May 25 death and the nationwide protests it provoked to abolish that doctrine, which the Supreme Court unlawfully grafted onto the Civil Rights Act of 1871.

Was it "clearly established" on May 25 that kneeling on a prone, handcuffed arrestee's neck for nearly nine minutes violated his Fourth Amendment rights? The issue is surprisingly unsettled in the 8th Circuit, which includes Minnesota.

The U.S. Court of Appeals for the 8th Circuit blocked civil rights claims in two recent cases with broadly similar facts: handcuffed detainees who died after being restrained face down by several officers. Unlike those detainees, Floyd was not actively resisting at the time of his death, except to repeatedly complain that he could not breathe.

While that distinction could make a difference in the constitutional analysis, we can't be sure. Even if the 8th Circuit concluded that Chauvin's actions were unconstitutional, it could still decide the law on that point was not clear enough at the time of Floyd's arrest, meaning Chauvin would receive qualified immunity.

The 8th Circuit could even reach the latter conclusion without resolving the constitutional question, as courts have commonly done since 2009, when the Supreme Court began allowing that shortcut. To defeat qualified immunity in this case, says UCLA law professor Joanna Schwartz, a leading critic of the doctrine, Floyd's family "would have to find cases in which earlier defendants were found to have violated the law in precisely the same way."

This term the Court had 13 opportunities to revisit qualified immunity, but it has not accepted any of those petitions and so far has rejected all but one. Those rejected cases included one that posed this question: "Does binding authority holding that a police officer violates the Fourth Amendment when he uses a police dog to apprehend a suspect who has surrendered by lying down on the ground 'clearly establish' that it is likewise unconstitutional to use a police dog on a suspect who has surrendered by sitting on the ground with his hands up?"

The U.S. Court of Appeals for the 6th Circuit thought not. Dissenting from his colleagues' refusal to review that decision, Justice Clarence Thomas reiterated his doubts about qualified immunity, saying "there likely is no basis for the objective inquiry into clearly established law that our modern cases prescribe."

Given the Supreme Court's lack of interest in reconsidering qualified immunity, Congress has a responsibility to reassert its legislative powers by revoking this license for police abuse. Last week Schwartz and more than 300 other law professors urged Congress to do so, noting that the doctrine gives cops not only "one free pass" but also a "continuing free pass" by allowing courts to block claims without ruling on their merits, "thus insuring that no law becomes clearly established."

This issue is a test for conservatives who defend the rule of law and the separation of powers. Both of those principles are undermined by a judicially invented loophole that allows government officials to escape accountability when they abuse their powers.