Breonna Taylor and the Moral Bankruptcy of Drug Prohibition

She would still be alive if politicians did not insist on using violence to enforce their pharmacological prejudices. 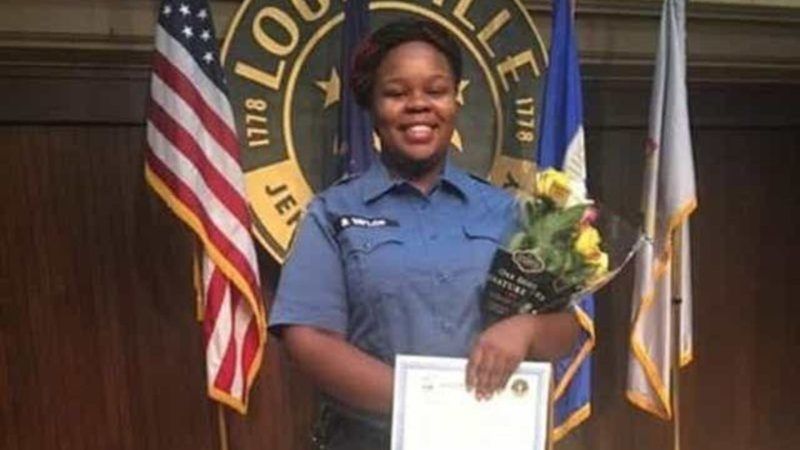 Last Friday, three months after Louisville, Kentucky, police officers gunned down a 26-year-old EMT and aspiring nurse named Breonna Taylor during a fruitless drug raid, acting Police Chief Robert Schroeder initiated the termination of Detective Brett Hankison, who he said had "displayed an extreme indifference to the value of human life" when he "wantonly and blindly fired 10 rounds" into Taylor's apartment. But Hankison's recklessness is just one element of the circumstances that led to Taylor's senseless death, which never would have happened if politicians did not insist on using violence to enforce their pharmacological prejudices.

The March 13 shooting, which has figured prominently in recent protests against police brutality, followed a sadly familiar pattern. Hankison and two other plainclothes officers broke into Taylor's home around 12:40 a.m., awakening her and her boyfriend, Kenneth Walker, who mistook the armed invaders for robbers.

Walker grabbed a gun and fired a single shot, which hit one of the officers in the leg. The cops responded with a hail of more than 20 bullets, at least eight of which struck Taylor, who was unarmed. Several rounds entered a neighboring apartment, where a pregnant woman and her 5-year-old child were sleeping.

Walker, who called 911 that night to report a break-in, was initially charged with attempted murder of a police officer. Prosecutors dropped that charge last month.

This sort of operation is inherently dangerous because the same tactics that police use to catch their targets off guard, in the hope of preventing resistance, predictably lead to that very result as residents exercise their constitutional right to armed self-defense. That scenario has played out again and again in cities across the country for decades.

Although Hankison and his colleagues were serving a no-knock search warrant, they say they nevertheless announced themselves before breaking in the door with a battering ram—a claim that Walker and neighbors disputed. Even if the cops did identify themselves, that information could easily have been missed by terrified people awakened in the middle of the night—a reality that should temper expectations about what can be achieved by the ban on no-knock raids that the Louisville City Council unanimously approved this month.

Beyond the reckless tactics and wild shooting, there is the question of what the cops were doing there in the first place. Detective Joshua Jaynes obtained the search warrant for Taylor's apartment based purely on guilt by association, citing her contacts with a former boyfriend, Jamarcus Glover, who was arrested along with another suspect the same night for selling drugs from a house more than 10 miles away.

Taylor had no criminal record, and there was no evidence that she or Walker was involved in drug dealing. "There was clearly no probable cause to believe drugs were being dealt from her apartment, and no probable cause that Breonna or her boyfriend were doing anything illegal," says Daniel Klein, a former police sergeant who handled many drug investigations during his 20-year career in Albuquerque, New Mexico.

Nor did Jaynes' affidavit cite any evidence specific to Taylor that would justify a no-knock warrant. USA Today reports that Jefferson County Circuit Judge Mary Shaw approved that warrant, along with four others involving Glover and his alleged drug-dealing partner, "within 12 minutes."

Taylor was black, while Jaynes and the three officers who invaded her home are white. Those facts, along with the disproportionate impact that the war on drugs has on African Americans, explain why the case has become a leading exhibit in complaints about racial disparities in law enforcement.

Yet the problem vividly illustrated by Taylor's death goes beyond race, as similar cases involving white victims and black police officers show. The problem is the attempt to forcibly prevent Americans from consuming arbitrarily proscribed intoxicants, which is fundamentally immoral because it sanctions violence as a response to peaceful conduct that violates no one's rights. That problem cannot be solved by tinkering at the edges of drug prohibition.