Police brutality brought Americans into the streets. What would military force do? 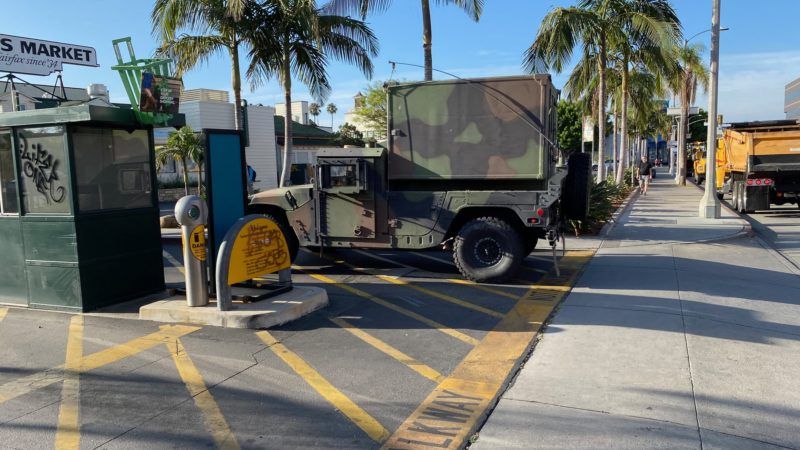 Facing continued protests over the killing of George Floyd by Minneapolis police, politicians are brandishing the same terrible proposals they offer anytime the going gets tough. For Sen. Tom Cotton (R-Ark.), that means schemes to unleash the U.S. military against the families and friends of its own troops.

As peaceful protests around the country competed with street violence, and as some police departments took a knee while others took to bashing any heads within reach, Cotton—who is frequently touted as the face of the modern GOP—thought it an opportune moment to recommend sending soldiers into the streets.

"Anarchy, rioting, and looting needs to end tonight," he tweeted on Monday morning. "If local law enforcement is overwhelmed and needs backup, let's see how tough these Antifa terrorists are when they're facing off with the 101st Airborne Division. We need to have zero tolerance for this destruction."

When called out on his suggestion that American light infantry should be deployed against Americans, the junior senator from Arkansas doubled down. "And, if necessary, the 10th Mountain, 82nd Airborne, 1st Cav, 3rd Infantry—whatever it takes to restore order. No quarter for insurrectionists, anarchists, rioters, and looters," Cotton clarified.

Keep in mind that the current protests and related riots were sparked by the abusive and murderous actions of police officers who are (allegedly) trained to protect the communities in which they live and the public that they serve. It's difficult to see how the situation is going to be improved by the addition of troops more often trained to kill people and break things—especially when they're handed weapons and pointed toward antagonists.

"U.S. soldiers are trained for combat against a foreign enemy, not for riot control against Americans," the Wall Street Journal editorial page warns. "The risk of mistakes would be high, and Mr. Trump would be blamed for any bloodshed from civilian clashes with troops."

The Journal editors were recoiling not from Tom Cotton's eagerness to escalate hostilities against American civilians, but from the president's similar scheme. Trump, too, has proposed sending in the military to battle rioters, even over local objections.

"If a city or a state refuses to take the actions that are necessary to defend the life and property of their residents, then I will deploy the United States military and quickly solve the problem for them," he said in the Rose Garden on June 1.

After his speech, U.S. Park Police and National Guard troops used tear gas to disperse peaceful protesters—not rioters—so the president could have a photo op outside St. John's Church near the White House. It was a nasty, if effective, bit of emphasis for his point.

By and large, Democratic politicians have been less enthusiastic than their Republican counterparts about sending the military into the streets to confront rioters and looters, but their dedication to restraint is dubious. Police brutality of the sort that has sparked protests and riots is as much a phenomenon in areas led by Democrats as those headed by Republicans.

"In recent years, Baltimore has moved in the direction of other major cities. Its crime rate, while still among the highest in the nation, has been on a steady decline. But reports of police misconduct appear to be on the rise," Mark Bergen wrote for Forbes in 2011. "Today, in major U.S. cities, police are dealing less with crime and more with themselves."

Four years later, the Wall Street Journal noted that "the 10 cities with the largest police departments paid out $248.7 million last year in settlements and court judgments in police-misconduct cases, up 48% from $168.3 million in 2010."

During these years, urban government has been a primarily donkey-party concern. "As of December 2019, the mayors of 63 of the country's largest 100 cities were affiliated with the Democratic Party," according to Ballotpedia.

Mayors may not want to escalate tensions by deploying troops, but that's only because they generate plenty of conflict with their own uniformed head-breakers. And some of them still seem ready to link arms with Tom Cotton. For instance, New York City's Bill de Blasio—who ran for mayor, in part, on a police-reform platform—defended cops who drove into a crowd of protesters on Saturday.

That city police departments are often better at antagonizing the public than protecting it should come as no surprise.

"More than crime, modern police forces in the United States emerged as a response to 'disorder' … economic interests had a greater interest in social control than crime control," Eastern Kentucky University's Gary Potter wrote in The History of Policing in the United States, published in 2013. "Private and for profit policing was too disorganized and too crime-specific in form to fulfill these needs." In particular, focusing on deterring crime against people and property was very inconvenient when "organized crime and the dominant political parties of American cities were one in the same," he adds. City officials much preferred to set police departments to keeping a lid on the populace.

Sen. Cotton's proposal to send in the 101st Airborne Division to "quickly solve the problem" of social unrest, as President Trump would have it, would be consistent with the long tradition of policing as a tool of social control by whoever is in power.

With soldiers, Cotton would give us the reality of government violence without the pretense of restraint—arguably a more brutal and more honest approach to imposing the state's will.

But it's exactly that history of domination and imposed order, which treats members of the public as an enemy, overcriminalizes a wide variety of conduct, and disproportionately targets minority communities, that led us to this point. Deploying the military to clear the streets might disperse protesters and looters alike in the short term, but it will exacerbate the problem of authoritarian law enforcement. And that guarantees escalating tensions that, if they're not addressed, will eventually explode into new conflict.