The House will consider a surveillance reform proposal that failed in the Senate by just one vote. 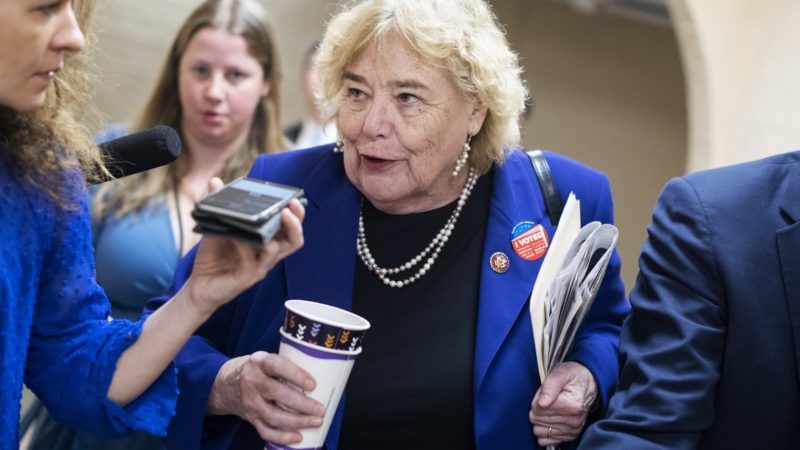 Good news today for fans of internet privacy. Several members of the House of Representatives have arranged to resurrect a plan to stop the federal government from collecting or accessing Americans' web browsing and online search histories without a warrant.

Rep. Zoe Lofgren (D–Calif.) announced this afternoon that she and Rep. Warren Davidson (R–Ohio) have succeeded in weekend negotiations to get the House to consider an important surveillance reform amendment that died by a single vote in the Senate.

As the House and Senate have been hammering out legislation to renew expired provisions of the USA Freedom Act (which itself reformed the surveillance authorities of the PATRIOT Act), lawmakers unhappy with the extent that these laws have been used to secretly collect Americans' data have been pushing for stronger protections.

One proposed Senate amendment by Sen. Ron Wyden (D–Ore.) and Sen. Steve Daines (R–Mont.) would prohibit using surveillance authorities to secretly (and without a warrant) collect Americans' browser and search histories through third-party record collections, such as those of internet service providers.

When the amendment came to the Senate floor on May 13, the final vote was 59-37, one vote shy of the 60-vote threshold to amend the USA Freedom Reauthorization Act of 2020. Four senators were absent from that vote, including Bernie Sanders (I–Vt.), and it would have likely reached the 60-vote threshold had they been there.

Fortunately, complicated bicameral legislative processes sometimes save the day. The USA Freedom Reauthorization Act had already passed the House with some modest reforms (the records collection program revealed by Edward Snowden is officially dead, though it unofficially died last year). The Senate added an additional amendment by Sen. Mike Lee (R–Utah) and Sen. Patrick Leahy (D–Vt.) to bolster the process that allows the Foreign Intelligence Surveillance Act (FISA) court to name independent advisers to represent the interests of American citizens and advocate on behalf of those targeted by these secretive surveillance processes.

Because that amendment passed, the bill then heads back to the House for another vote. This gives Lofgren and Davidson the opportunity to amend it again, thereby restoring the Wyden-Daines proposal.

"Without this prohibition, intelligence officials can potentially have access to information such as our personal health, religious practices, and political views without a warrant," Lofgren noted in a statement today. "As such, I urge my colleagues to support the Lofgren-Davidson amendment and Americans' Fourth Amendment rights."

The amendment is expected before the House Rules Committee Wednesday morning and, assuming it passes, could be voted on Wednesday evening on the House floor. If it passes, it will head back to the Senate again for yet another vote.