While Trump Rants, It's Governors Who Have Gone Full Captain Queeg

Don't let states and cities get away with onerous rules that in no way help to contain COVID-19. 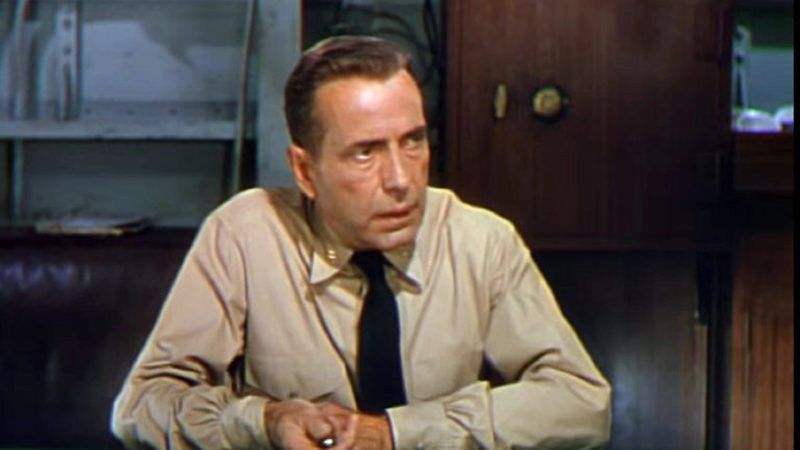 One of the most pervasive and exhausting features of the Donald Trump era is the way in which the president makes everything all about him. With that in mind, it's not surprising, then, that yesterday he asserted that he alone guards the on/off switch of the American economy.

….It is the decision of the President, and for many good reasons. With that being said, the Administration and I are working closely with the Governors, and this will continue. A decision by me, in conjunction with the Governors and input from others, will be made shortly!

Trump's pathetic (but telling) flex is without constitutional grounding, of course. For the same reasons that he doesn't have the power to issue a national shelter-in-place decree because of the novel coronavirus pandemic, he doesn't have the power to open up the economy, either. Since the 1820s, it's established law that states and local governments, not the federal government, have the right to impose quarantine laws and other public health measures. "In theory," wrote constitutional lawyer and The Dispatch contributor David French a couple weeks ago, "Congress may use its power under the Constitution's Commerce Clause to grant the president additional authority over commerce during a public health crisis, but it has not done that. Thus, the true executive authority of state commerce rests with governors."

So for all the attention that yesterday's presidential temper tantrum is getting, it's simply Trump being Trump. Perhaps more importantly, it directs attention away from the ways in which governors are themselves acting as petty tyrants, shutting down all sorts of basic economic activity for no good reasons at all. They are the ones who are most acting like Captain Queeg, the battle-fatigued commander in The Caine Mutiny whose erratic behavior and monomaniacal fixation on missing strawberries has become a shorthand for insane leadership that should be removed from power.

Hence, Michigan Gov. Gretchen Whitmer, the subject of a recent glowing profile in Politico, has banned the in-store sale of paint at large retailers in the name of battling the coronavirus.* Officials in the state have also banned the sale of vegetable seeds, as have leaders in Vermont. "At least 316 million people in at least 42 states, three counties, nine cities, the District of Columbia and Puerto Rico are being urged to stay home," reported The New York Times a week ago, meaning that the vast majority of Americans are under various levels of government-mandated lockdowns. In Mississippi, this has even taken the form of fining churchgoers who attended services in their own cars. Pennsylvania's Gov. Tom Wolf decreed liquor was a "non-essential" product and shut down liquor stores (which are owned and operated by the state) before overseeing a failed attempt at online-only sales.

As economist David R. Henderson underscores in a powerful, provocative piece for the American Institute of Economic Research, it was mostly mayors and governors who shut down the economy. He emphasizes that in many cases (including those of New York City and state), leaders pulled the plug after insisting that the coronavirus actually wasn't that big a deal and that residents should keep calm and carry on. Now those same people are talking about reopening things up, which, all things considered, is heartening.

Those who think discussion is needed before we take such a bold step should answer this: how much public discussion was there before March 16, when San Francisco Mayor London Breed, in what she called a "defining moment," shut down most of San Francisco's economy? Days later, did the county governments of California discuss with their citizens whether to impose "sheltering in place?" California's governor? New York's governor? Most of the other governors? No. Nor was there debate or much consultation on the White House's sudden and shocking bans on international travel that have trapped possibly more than 100,000 American students abroad, forcibly separated from their families?

No, these leaders just did it.

As president, Trump wields massive power and should always be held accountable when his rhetoric and lack of knowledge create problems. First and foremost, we would do well to focus on the impact—good, bad, and ugly—of the $2 trillion spending bill he pushed through Congress a few weeks back. Trump doesn't bear sole responsibility for The CARES Act, which effectively passed the House and the Senate unanimously, but if you're looking for something over which he had a lot of control, well, there you are. And if you're looking for the nutjobs repsonsible for fining the faithful in Greenville, Mississippi for going to drive-in church services or shutting down booze stores in Pennsylvania, you need to look closer to home.

This latest flap has already generated millions of responses both on social media and in the legacy media. And yet it's only Tuesday and Trump's assertion that like Captain Queeg, he's in charge here may not even be this week's biggest media flare-up. Yes to reopening the economy as soon as safely possible, but let's also remember all the places where power and petty tyrants live.

*CORRECTION: The original version of this piece did not make clear that Michigan ban on selling paint applies only to in-store purchases at large retailers.