How Much More Should Trump Be Spending on You? 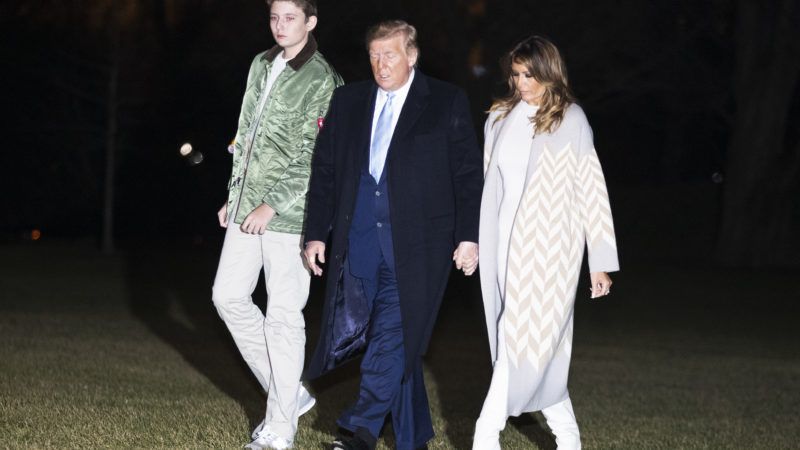 Last week, The New York Times published an eye-opening tally of how much more the federal government is spending on each of us since Donald Trump was elected president. "Total federal spending has increased by $1,441 per person since 2016," reported Alicia Parlapiano and Quoctrung Bui, to a grand total of $14,652 per person per year. They came to their numbers by looking at actual federal outlays "for the 2016 fiscal year, adjusting for inflation and population changes" and comparing them to the budgeted amounts for the current fiscal year, which ends on September 30.

This revelation—which has generated a scant 45 comments as of this writing on five days after publication—should discomfit both Republicans and Democrats and conservatives and liberals/progressives. And it should absolutely enrage libertarians who believe in smaller government and the 42 percent of Americans who identify as politically independent and thus are less likely to buy into partisan spin. What exactly do we have to show for the $1,441 increase in spending per person since 2016? As important, given the massive amounts of waste, fraud, and abuse everyone agrees is rampant in government, do we really need to be shelling out $14,652 per person, per year? That figure will almost certainly go up next year.

No matter how partisans will try to parse the numbers, the plain truth is spending is basically up across the board. While Parlapiano and Quoctrung's calculations show spending on defense went up $171 per person under Trump, outlays on Social Security (+$210 per person) and Medicare (+$299) increased even more. Grants to states for Medicaid, which provides health coverage for low-income Americans, increased $33 per person, overall compensation for veterans went up $72, refundable tax credits for Obamacare premiums were goosed by an additional $39, and Head Start, which provides poor kids with extra help in preschool and early education, increased by $1.00 per person. Even spending on the National Institutes of Health, NASA, and Amtrak increased.

To be sure, per person spending on some things went down. Foreign aid took a hit, as did spending on the FBI, the IRS, and the Transportation Security Administration (TSA). Food assistance (SNAP) went down by $68 per person, though the government will still spend $203 per person on the program this year. Pell Grants, which help fund college for many Americans, are down from where they were in 2016 and so is crop insurance, loans, and direct payouts to farmers. Do we really want to shed a tear that per person spending on the TSA is 98 cents less than it was in 2016? In the 10th year of an economic expansion that each party wants to take credit for, shouldn't welfare payments of all sorts be dropping unless we're committed to the idea that all of us should be getting more money from the government under all circumstances?

Despite all possible evidence, Republicans (conservatives) still like to insist that they are the adults in the room when it comes to the size, scope, and spending of the government. It's true that much in the hikes (and cuts) can't be attributed fully or even partly to Trump. Congress, after all, controls the purse strings, and the budget for 2017 was set before Trump assumed office. But such an increase with a nominal Republican in the White House is an embarrassment, especially since the GOP controlled the Senate and House of Representatives for many of the recent years in which spending jacked up. In the same way, the increased spending gives the lie to outcries by Democrats (liberals/progressives) that Trump and the Republicans are somehow starving the government of much-needed funds, especially for the poor and elderly.

None of that is true, as the Times' article makes clear. More to the point, the government is surely spending enough money in aggregate to achieve the putative goals of most programs. Whether we're talking about guns or butter (that is, defense expenditures or outlays for social programs), why shouldn't the government been able to achieve its goals with $13,211, or the total per person spending in 2016? Why exactly does defense spending go up, especially when we're supposedly out of the Middle East and drawing down our commitments in Afghanistan, two places in which billions of tax dollars have gone missing? Between 2002 and 2015, the Pentagon lost track of $45 billion worth of reconstruction funds in Afghanistan, or one-third of the total amount budgeted for that purpose. Back in 2009, a report from President Obama's Council of Economic Advisers concluded that "nearly 30 percent of Medicare's costs could be saved without adverse health consequences." More than a decade later, the national debate isn't about making the $2,250 per person we spend on Medicare less wasteful, it's about extending the program to everyone! In an era of trillion-dollar deficits, shouldn't we be trying to spend less money more wisely?

It's not just the fact that so much of the spending is misdirected or wasteful. Reason contributor and Mercatus Center economist Veronique de Rugy has argued convincingly that increased government spending has a negative impact on the economy, especially when it is financed by borrowing. In the wake of the 2008 financial crisis and a bipartisan return to Keynesian stimulus programs, she documented that most research demonstrated that government spending tended to have "multipliers" or less than one, meaning that each dollar of government spending stimulated less than a dollar of economic activity. "The median multiplier in relevant studies is 0.87," she wrote, "far lower than the [Obama] administration's claim that every stimulus dollar would produce $1.57 worth of activity." In a 2013 paper with Harvard's Robert J. Barro, she showed that hikes defense spending correlated with lower overall economic activity but that reductions in spending correlated with increases in private-sector commerce:

As Parlapiano and Bui mention in their Times article, virtually all of the new spending since 2016 is being financed through borrowed money. We're spending $1,441 more per person while federal revenues have increased by just $125 per person. That explains why, despite booking the highest per person revenues in over 50 years, the national debt continues to grow. One thing both right-wing and left-wing economists agree on is that persistent, high levels of debt correlate strongly with reduced economic growth, which helps explain sluggish growth for all of the 21st century in the United States.

As it happens, President Trump recently released his budget proposal for fiscal year 2021. The president's proposal isn't binding in any way. It's really just a suggestion to Congress and an announcement of his priorities. If he got his druthers, he would spend $4.83 trillion, up from an estimated $4.79 trillion this year and an actual $4.45 trillion in 2019 (see table S-1 in his proposal). As important, all of his Democratic challengers are promising even-bigger increases in spending over the coming years and it's likely that whoever ends up winning this fall, the federal budget for 2021 will be bigger than whatever exact amount we end up spending this year.

Especially in an election year, we really should be talking about increases in federal spending and national debt and their relationship to economic growth. At the very least, we should be acknowledging what the Times has discovered, hiding right there in plain sight: We are spending far more per person than we were in 2016. And we should be asking everybody who wants to be president: What do we have to show for that extra $1,441?