The Oregon Supreme Court says police may not grill drivers or ask to search their cars without reasonable suspicion of criminal activity. 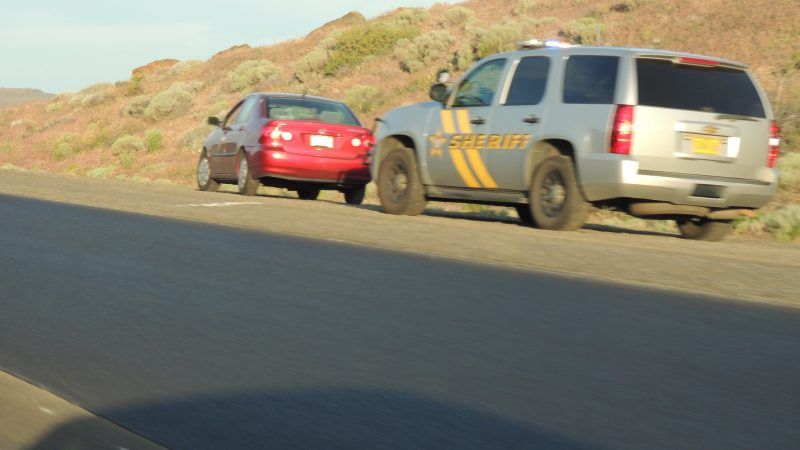 When he pulls over cars for traffic violations, police officer Erik Faulkner testified in 2015, he routinely asks drivers if they have weapons, drugs, or any other contraband. Because of a recent decision by the Oregon Supreme Court, Faulkner will have to cut that out, and so will every other cop in the state.

Under Oregon's constitutional ban on unreasonable seizures, the court said, "all investigative activities, including investigative inquiries, conducted during a traffic stop are part of an ongoing seizure and are subject to both subject-matter and durational limitations. Accordingly, an officer is limited to investigatory inquiries that are reasonably related to the purpose of the traffic stop or that have an independent constitutional justification." The decision gives Oregon drivers extra protection against the use of traffic stops to conduct criminal investigations that would not otherwise be justified.

The case involves a driver, Mario Arreola-Botello, whom Faulkner pulled over in 2015 for failing to signal a turn and a lane change. While Arreola-Botello was looking for his vehicle registration and proof of insurance, Faulkner said, he asked him about guns and drugs, then asked if he could search the car. Arreola-Botello, whose grasp of English was spotty, reportedly said, "Sure, OK." The search turned up a package containing methamphetamine, which led to Arreola-Botello's arrest and conviction for illegal possession of a controlled substance.

On appeal, Arreola-Botello argued that the evidence should have been suppressed because Faulkner unconstitutionally exceeded the proper scope of the traffic stop. The Oregon Supreme Court agreed. "Put simply," it said, "an 'unavoidable lull' does not create an opportunity for an officer to ask unrelated questions, unless the officer can justify the inquiry on other grounds."

If an officer incidentally discovers evidence of criminal activity after stopping a car, the court said, he may investigate based on "reasonable suspicion." But he may not randomly fish for incriminating information or evidence simply because a driver has committed a traffic violation. Given the myriad excuses that traffic codes give police for pulling people over, that's an important constraint. Unlike most of us, Oregon drivers no longer have to worry that they will be interrogated or pressured into allowing a search merely because they exceeded the speed limit or neglected to buckle their seat belts.

"This decision closes a loophole in the protection of our constitutional rights that police had been using to conduct warrantless searches," ACLU of Oregon attorney Leland Baxter-Neal told Oregon Public Radio. "And those searches had disproportionately targeted people of color."

A 2018 analysis of traffic stops in Portland found that "American Indian/Alaskan Native and Black/African American drivers were searched at significantly higher rates when compared to overall stop rates." In 2016, drivers in those two groups were searched 15 percent and 9 percent of the time, respectively, compared to a rate of 3 percent for white drivers.*

Nationwide data reveal similar, though less dramatic, disparities. A 2017 analysis of data from 20 states found that "white drivers are searched in 2.0% of stops, compared to 3.5% of stops for black motorists and 3.8% for Hispanic motorists." After the researchers controlled for stop location, date and time, and driver age and gender, they calculated that "black and Hispanic drivers have approximately twice the odds of being searched relative to white drivers." They also found that "black and Hispanic drivers are searched on the basis of less evidence than white drivers, suggestive of bias in search decisions."

[*The numbers for Portland have been corrected.]