Trump and Warren Love Protectionism, But It Hurts Workers While Boosting CEO Pay

A new study shows that tariffs and other anti-trade policies actually benefit executives far more than the average worker. 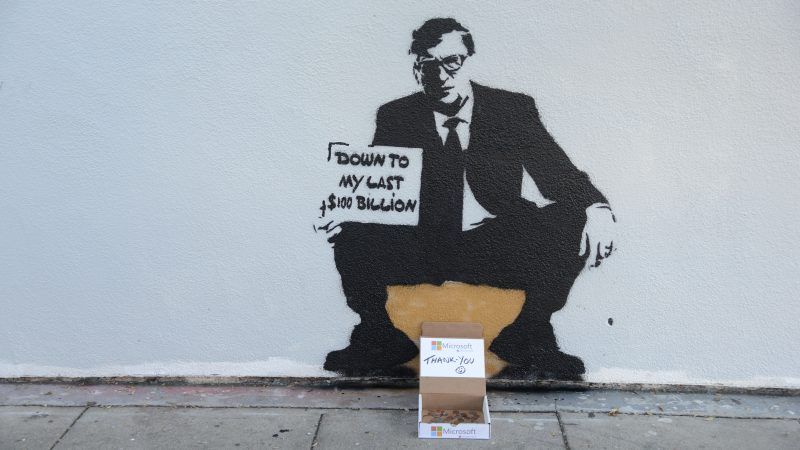 President Donald Trump and leading Democratic presidential candidates like Sen. Elizabeth Warren (D–Mass.) tend to agree that protectionism is in the best interest of American workers—but a new study suggests that it's actually business executives who pocket most of the benefits.

Brian Blank, an economist at Mississippi State University, studied the performance of more than 1,000 businesses that were beneficiaries of trade restrictions—including both tariffs and so-called "anti-dumping" laws—over the past 25 years. His research shows that the CEOs and other top executives are among the biggest winners of trade protectionism—when there are any winners at all.

Blank found that CEO compensation, in the form of both salary and bonuses, tends to increase in the wake of protectionist trade policies. Compared to CEOs of similar firms in non-protected industries, he found that CEO pay increases on average by about 17 percent due to tariffs and other duties.

"Furthermore, CEOs' compensation is $1 million higher than expected, suggesting the additional compensation is not explained by superior firm performance or other characteristics," Blanks writes.

Of course, it is not true that all executives and CEOs benefit from protectionist policies. Trade wars have far more losers than winners, and tariffs increase costs along the entire supply chain. Still, there can be direct benefits (at least in the short term) to industries protected from foreign competition. What Blank's research shows, however, is that even among the supposed "winners," workers lose.

In fact, tariffs and other protectionist policies tend to backfire by increasing the price of both domestic and imported goods. Those policies tend to reduce demand for tariffed goods and ultimately make domestic industries less competitive in the long run, says Dan Griswold, a senior research fellow at the Mercatus Center at George Mason University, the free market think tank that published Blank's study.

"It's a kind of devil's bargain," Griswold says. "It certainly benefits these companies in the short run to be able to raise prices, but what do higher prices do? They discourage consumption, and they force consumers and industries to look for alternatives. And over time, protected industries tend to price themselves out of the market."

That seems to be what's happened to American steelmakers since Trump's tariffs went into effect. There was an immediate spike in steel prices shortly after Trump imposed 25 percent tariffs on imported steel last year—but the higher prices slackened demand and triggered an industry-wide slowdown that has tanked American steel companies' stock value and forced layoffs.

In short, the steel boom that Trump promised isn't happening.

But the fact that Trump failed to grasp the potential consequences of his tariffs before imposing them is not really news at this point.

For Warren, however, Blank's findings have potentially more important implications. She presents herself as a policy wonk with a plan for everything, an advocate for American workers, and a critic of wealthy CEOs.

But she's also pushing for more trade restrictions, essentially arguing that what America needs is a more competent protectionist in the White House. She's calling for a new federal department to oversee her "economic patriotism" schemes, and her trade policy would effectively forbid the United States from signing new trade agreements with any country that does not share our high environmental or labor standards.

As Trump has done, you can expect Warren to push those proposals on the campaign trail by promising that she's standing up for American workers and bringing jobs back.

Blank's research, though, suggests that Warren's protectionist rhetoric and anti-trade policies would likely benefit the CEOs she vilifies more than the blue-collar workers she's trying to pull from Trump's clutches. And in the long run, those policies will hurt everyone.