Somewhere between 650 and 1,000 Florida inmates are serving sentences under draconian opioid trafficking laws that have since been rolled back. 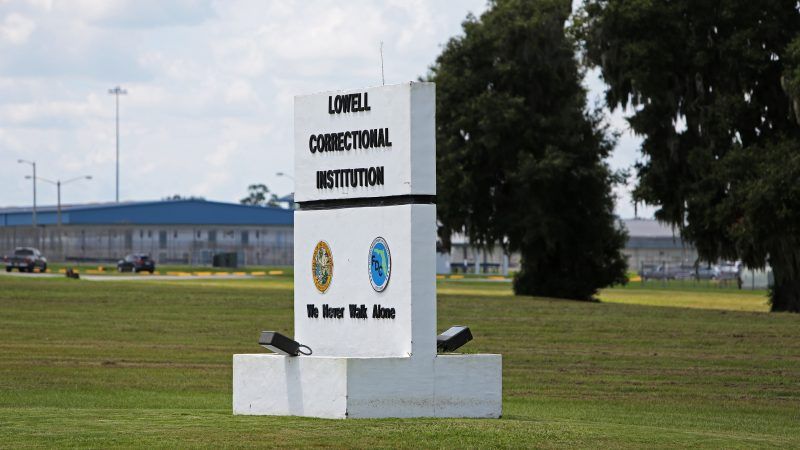 Somewhere between 650 and 1,000 Florida prisoners are serving lengthy sentences under draconian opioid trafficking laws that have been rolled back since their convictions, and now calls are mounting for state lawmakers to grant them relief.

Florida state Rep. Darryl Rouson (D–St. Petersburg) introduced a bill last week that would retroactively reduce mandatory minimum sentences for inmates who were locked away under ruthless opioid trafficking laws that are no longer on the books.

A 2017 Reason investigation revealed that police and prosecutors most often used those laws not to target drug kingpins, as legislators predicted when they passed the bills in the late '90s, but first-time offenders and low-level addicts who were usually set up by confidential informants. In turn, those offenders were usually recruited by police to ensnare other potential sellers in exchange for lighter sentences, resulting in a conga line of hapless informants setting each other up.

Such is the case of Cynthia Powell, the main subject of Reason's investigation. In 2002, Powell was set up by a confidential informant and arrested after she sold 35 hydrocodone pills to an undercover police officer. Powell pleaded guilty and tried to likewise become an informant, but after she failed to provide police with any arrests—because she was a 40-year-old grandmother with no prior criminal history—prosecutors withdrew her "substantial assistance" agreement. The judge was forced to sentence her to a mandatory 25 years in Florida state prison, where she remains today.

If Powell had been convicted after 2014, when the Florida legislature lowered the state's mandatory minimum sentences for opioid trafficking and raised the weight thresholds to trigger them, Powell would already be free. As it stands today, she won't be released until 2023.

"When the legislature changes sentencing laws to reflect a better understanding of what works, it's wrong to leave people behind," says Greg Newburn, the state policy director of FAMM, a criminal justice advocacy group. "Right now there are hundreds of people stuck in prison for no good reason, serving sentences everyone now recognizes are inappropriate. Lawmakers now have the power to fix these injustices, and they should."

Last week, the Tampa Bay Times published an investigation with similar findings. The story focused on Jomari DeLeon, a mother of three who's serving a 15-year mandatory prison sentence for selling 48 hydrocodone pills to an undercover cop in 2011. Like Powell, she was set up by a confidential informant, and if she had committed the same crime a few years later, she would have received three years in prison.

According to the story, new research shows there are somewhere between 640 and 935 inmates who were sentenced before the new laws went into effect.

Although Florida rolled back its drug trafficking laws, an obscure clause in the state constitution barred legislators from retroactively reducing criminal sentences that were already imposed, meaning they could do nothing for inmates like Powell and DeLeon.

However, as Reason reported, Florida voters passed a ballot referendum repealing that clause in 2018. Now the Florida legislature could act, but so far there has been little momentum behind a package of bills aiming to shrink the state's swollen and expensive prison system—the third-largest in the U.S.

The Tampa Bay Times story has renewed calls to grant relief to the inmates, and Rouson's bill would allow inmates to apply for resentencing. If a judge finds they are eligible, their sentences will be automatically reduced to conform to the current law. As Reason reported, Rouson introduced a similar bill earlier this year.

"At the end of the day, it's about saving lives," Rouson told the Tampa Bay Times. "Keeping families intact and returning citizens back to the community."

Although a bipartisan group of Florida lawmakers have been pushing criminal justice reforms for the past several years, warning correctly that the state's prison system is spiraling out of control, few bills have passed, and they have been relatively modest in scope.

"It's hard to understand how the consciences of legislative leaders aren't troubled by the fact that someone like DeLeon could be sitting in a cell for years to come, while others recently convicted of similar crimes will serve much less time—and, conceivably, could be freed before she is," Miami Herald columnist Carl Hiaasen wrote in a recent piece.

It's even harder to understand for the inmates who are stuck behind bars, like James Caruso, who in 2002 was sentenced to a mandatory 25 years in prison for trafficking hydrocodone, plus a $500,000 fine.

"Under the new law I would be subject to a seven-year prison term and $100,000 fine," he wrote in a letter to Reason in 2017. "I have served more than twice that and owe five-times the fine. A person in Florida could literally do the exact same thing today that I did in 2002 and still get out of prison before me."

And it's agonizing for the families of those waiting for relief.

"He's a non-violent drug offender and he's still sitting there," Caruso's sister told local news outlet NBC 6 earlier this year. "We're looking for someone who's going to be a trailblazer and help us get him out of there."