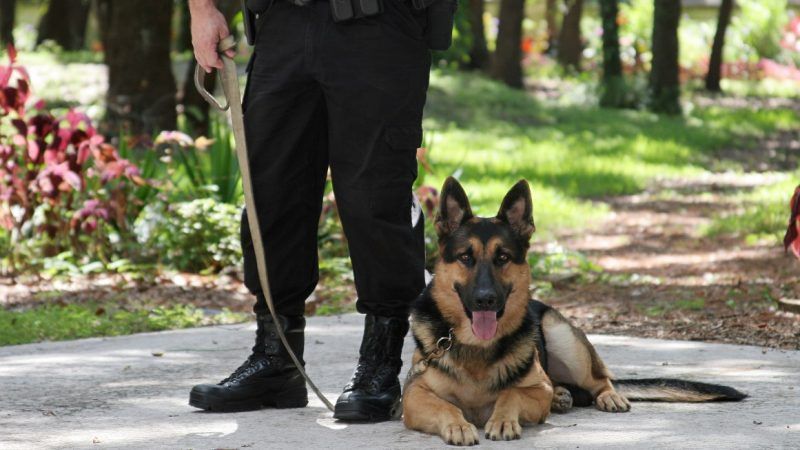 Australia's war on drugs has led to the repulsive but perhaps inevitable spectacle of cops leering at the bodies of girls as young as 12.

Data released last week about police tactics in New South Wales, provided in response to a records request by the Redfern Legal Centre, show that law enforcement's obsession with stamping out drug use at outdoor festivals has produced a twentyfold increase in strip searches over the course of a decade. They have increased by nearly 50 percent in the last four years. And most of the time, the cops are finding nothing.

According to the date, nearly two-thirds of the 5,400 strip searches performed by New South Wales police from 2017 to 2018 found absolutely nothing. In the past three years, more than 600 people under 18 were subjected to police strip searches. Three of them were 12 years old. Seven were 13.

More than 90 percent of these strip searches stemmed from suspicion of illegal drug possession. The New York Times and The Guardian both report that festivals in New South Wales are now thick with police and their dogs sniffing around for drugs—and, apparently, for reasons to look inside young people's underwear.

The Guardian details the story of one 19-year-old man's strip search. It'll sound familiar to anybody who has experienced or read about America's sorry handling of people who police suspect of getting high‚and about our overdependence on the flawed noses of drug-sniffing dogs:

"I knew I didn't have anything on me, no drugs or anything, so it was no problem," [Camille Elies] says.

"But then the dog started sniffing around the car and she started saying 'you look a bit nervous mate, you look nervous, if you have drugs on you then you might as well tell me now or I'll take you to the strip-search tent and we'll find them that way.'"

Elies says the officer started recording him using her body-worn camera. While he continued to deny he had any drugs, she continued to press him on why he looked "nervous".

"I said, 'because you are interrogating me and you have the dog there.' She was being so rude about it as if I had done something wrong already," he says.

Elies was eventually strip searched in a makeshift tent. Two male officers instructed him to lift his shirt, drop his pants and hold on to his genitals while they "walked around" him.

These intrusive searches are supposed to be justified by a recent increase in deaths by festival attendees who had taken MDMA. New South Wales has seen six such deaths in the past year, as opposed to 12 in the entire prior decade. But there are other, better methods of dealing with overdose deaths. New South Wales' deputy coroner, Harriet Grahame, argues that the police presence actually increases, not decreases, the likelihood that somebody will get hurt. She'd rather introduce pill testing at these outdoor festivals so that people can check to make sure their MDMA is safe. After all, overdose deaths frequently happen not because people have taken too many pills, but because they aren't aware that the pills have been adulterated, often with fentanyl, or because the drugs are much more powerful than they realize. Drug-testing stations would help users make sure they're not taking something that will kill them.

I've got young children, and if I thought that the police felt that they were at risk of doing something wrong, I'd want them strip-searched.

One wonders what his children think about that.