A new analysis from Moody's says 300,000 jobs have been lost already, with another 600,000 hanging in the balance. Meanwhile, Trump is trying to reopen channels with China. 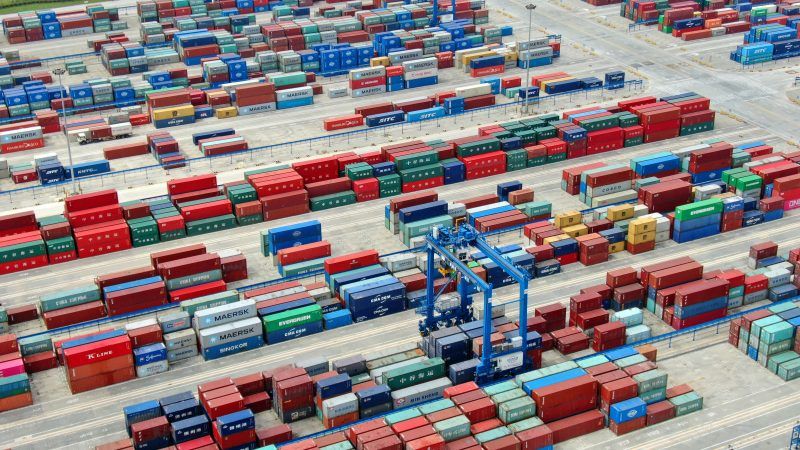 More than 300,000 American jobs have been lost as a result of President Donald Trump's trade war with China, and another 600,000 could be destroyed if the conflict drags on for another year.

That's the assessment of Moody's Analytics, a financial forecasting firm, and it fits with other recent analyses showing that the trade war is costing jobs and dragging down economic growth. The Moody's report, released Wednesday, compares current employment levels to estimated levels if the tariffs did not exist—capturing not just jobs lost as a direct result of the tit-for-tat tariffs imposed by the U.S. and China since July 2018, but also jobs that were never created in the first place. Moody's also says the trade war has decreased the size of the U.S. economy by about 0.3 percent. 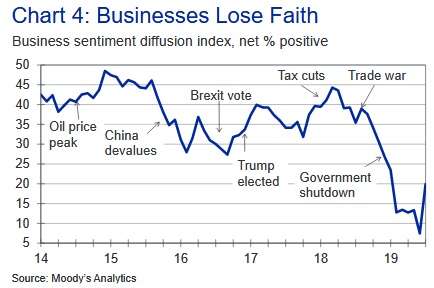 The latest escalations are particularly worrisome. Washington applied tariffs—which are taxes paid by U.S. businesses and consumers—to about $125 billion of Chinese imports on September 1. Another round of tariffs on about $175 billion worth of imports are set to take effect on December 15, after the holiday shipping season.

On Tuesday, both sides may have flinched a little. Trump announced that he was postponing plans to hike existing tariffs on about $250 billion worth of Chinese goods. That increase, from 25 percent to 30 percent, was supposed to happen on October 1 but will be delayed until October 15.

China, meanwhile, said it would exempt a handful of American-made goods from newtrade barriers set to take effect on September 17, including tariffs on shrimp and industrial lubricants. Both maneuvers are positive signs ahead of planned trade talks between U.S. and Chinese officials next month.

But it seems like we've seen this movie before. Trump ramps up tariffs in order to bring China to the table. The Chinese say they want to negotiate. Trump postpones planned tariff increases to create a little oxygen for negotiations. That's exactly what happened last summer, and again during the first half of 2019. On both occasions, the negotiations ended with Trump abruptly walking away from the table and escalating the trade war.

Yes, a successful negotiator knows you have to be willing to walk away. But fruitful negotiations also require both sides to have a modicum of trust in one another. Reports indicate that the year-and-a-half-long trade war has eroded that trust—in no small part because of Trump's erratic behavior.

If Wednesday's announcement was the beginning of a thaw and a step towards ending this destructive conflict, that's good. But the track record shows that Trump does not deserve the benefit of the doubt any longer. And the longer it takes the Trump administration to achieve a concrete deal with China (or to admit the tariffs aren't working and repeal them), the higher the price that Americans will pay.

"A game of chicken typically ends one of two ways: Either one party gives way, or both get hurt. At some point it becomes too late for anyone to duck out, and both sides are doomed to mutual destruction," the Moody's economists write. "At some point, a trade deal will not be enough to avert a global recession."