Did You Download an App that Connects to Your Rifle Scope? If So, the Justice Department Wants to Know Who You Are.

Feds go fishing for private data in order to track down illegal exporters. 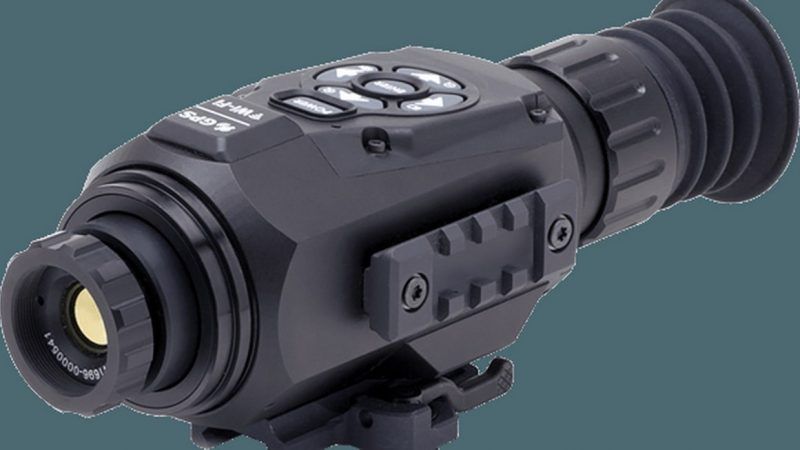 If you've ever downloaded a gun scope app called Obsidian 4, the Department of Justice wants to know about it. Rather than asking, it's trying to order the app maker to hand over your personal data.

Thomas Brewster, a cybersecurity writer at Forbes, got his hands on a court order filed by the Department of Justice on September 5. The feds want the American Technology Network Corp. (ATN) to hand over personal data from the thousands of users who have downloaded an app that allows them connect their phone to certain rifle scopes and allows the recording and livestreaming of footage viewed through the scope.

It wants this info because Immigration and Customs Enforcement is trying to track down people who have been illegally exporting the scopes overseas. But rather than requesting information on specific potential suspects, they are fishing for the data on everybody who has download the app.

After Brewster got access to the filing, the court sealed it, so members of the public doesn't have the opportunity right now to review the request on their own. ATN subsequently told American Military News that the Justice Department hadn't contacted the company for any information about its users. Nor, it said, have Google or Apple. It added that it "will protect its customers and their identifying data to the absolute extent possible under U.S. law. And, it will not provide any information regarding the identity of our customers to any third party unless specifically required by law,"

That is good news for customers who care about their own privacy, because unfortunately, the private data stored on phone apps and online platforms still don't have the same level of Fourth Amendment protections as private information you keep yourself. If the FBI wants to take your computer and inspect the private data you keep stored on there, agents have to get a warrant, based on probable cause that they suspect you have information stored there related to a criminal investigation. The data you share with apps and store online does not have the same level of privacy protections, and so police, prosecutors, and federal officials frequently attempt to take advantage of these looser standards to fish for data.

We've seen this before, as when the Justice Department attempted to track down the identities of every single person who had visited an anti-Trump "resistance" site because it was trying to identify people who had illegally disrupted events in D.C. during President Donald Trump's inauguration. We've seen this play out on a local level as well, as police departments attempt to force Google and Apple to hand over the location data of the cellphones of people who just happened to be near the scene of a crime, even if they aren't actually suspects.

It's fortunate—and it's good business!—that these tech companies are willing to stand up for users' privacy when the government comes knocking. While Apple and Google haven't responded to the Forbes story yet, Google does its best to keep user names anonymous when police sort through cellphone location records until they've narrowed it down to actual suspects. And it's entirely possible that a judge will order the Justice Department to narrow its request in this case and not demand that ATN hand over the private data of everybody who has downloaded the app. But we should be concerned that the Justice Department keeps attempting to make these broad demands for private data and that they try to keep its efforts as quiet as possible.

Meanwhile, a bunch of people have decided to download the Obsidian 4 app even though they don't have rifle scopes, and then post reviews stating that they're doing so to express their objection to the Justice Department's actions. Prior to this fishing expedition, interestingly, reviews of the app were not terribly positive and lots of users complained that it didn't work properly, or at all.