In one month, two sheriff's deputies in Florida have been arrested for fabricating drug evidence during traffic stops. 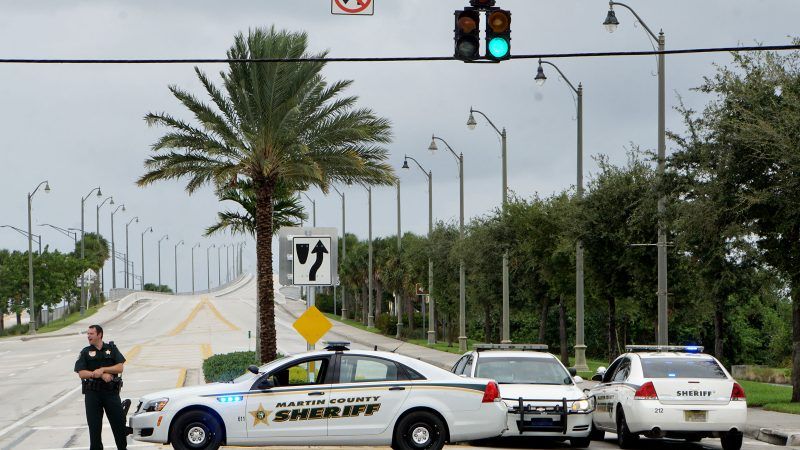 A former sheriff's deputy in Martin County, Florida, was arrested Monday for falsely imprisoning people on bogus drug charges. He is the second Florida deputy in one month to be charged with fabricating evidence during drug-related arrests.

Former Martin County Sheriff's Deputy Steven O'Leary, who was fired from the department in January, allegedly made three drug arrests in which the substances involved were not actually narcotics. In each case, he claimed that roadside field tests returned positive results for illegal drugs.

A Regional Crime Lab determined one of the substances was a powder commonly used to treat headaches, and another was a sand-based material containing no narcotics.

Earlier this month, the Florida Department of Law Enforcement announced the arrest of former Jackson County Sheriff's Deputy Zach Wester, who was fired after he was caught on his own body camera appearing to plant a small baggie of methamphetamines in a woman's car during a traffic stop.

Reason obtained body camera footage of a case where Wester lied about the results of a roadside field test for drugs and falsely arrested a man for methamphetamine possession.

After the local state attorney's office lost faith in Wester's credibility, it dismissed more than 100 cases where he had been the sole or primary officer. State investigators later revealed that when they searched the trunk of Wester's patrol car they found dozens of unlabeled evidence bags containing methamphetamines and marijuana, as well as drug paraphernalia.

In addition to a growing number of federal civil rights lawsuits against him, Wester now faces 52 felony charges related to the arrests of 11 people. The charges include racketeering, false imprisonment, possession of methamphetamine, fabricating evidence, perjury, and official misconduct.

State prosecutors are still reviewing 80 drug-related cases that O'Leary handled during his 11-month stint at the Martin County Sheriff's Office, and 20 people have announced their intent to sue O'Leary and the sheriff for civil rights violations.

"We will never be able to fully put every piece of this back together," Martin County Sheriff William Snyder said at a January press conference. "But we'll learn from what we did, we'll move forward, and we'll be a stronger sheriff's office as a result."