For the second year in a row, federal prosecutions for sex trafficking of children have dropped. 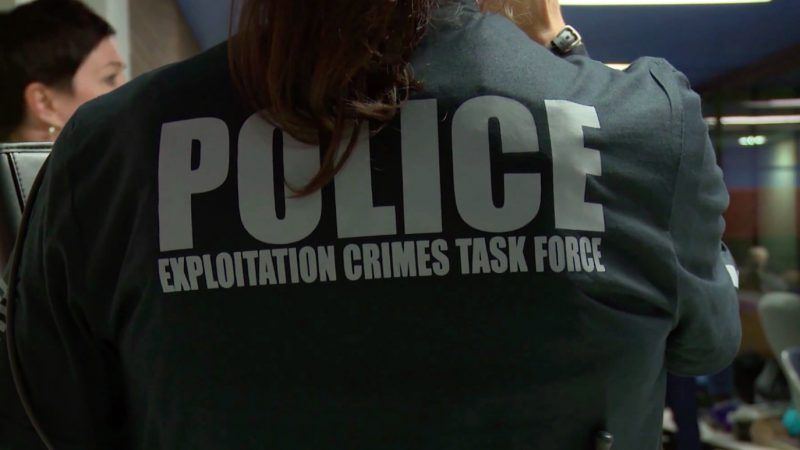 U.S. sex-trafficking prosecutions have fallen since Donald Trump took office, according to a new analysis from the Transactional Records Access Clearinghouse (TRAC) at Syracuse University.

Federal prosecutors brought 49 percent of underage sex trafficking cases referred to them in Obama's final full year, according to TRAC records. For the 2017 fiscal year (October 2016 through September 2017), it was 46 percent; for fiscal year 2018, it was down to 42 percent.

This is not necessarily to the discredit of the Trump-era Justice Department. It's possible that greater efforts by state and local prosecutors mean the feds feels comfortable letting them handle it. There could be a greater number of referrals overall, and simply not enough federal manpower to handle them. A greater percentage of the cases being referred to federal prosecutors could be no good, or prosecutors might feel more empowered to reject bad fits.

The ratio of federal prosecutions to convictions for sex trafficking has long been uninspiring—a sign that prosecutors were taking on too many cases that they shouldn't have. Much of the ramp-up of "sex trafficking" prosecutions during the Obama and Biden years involved targeting a wider and wider array of conduct as sex trafficking in a way that seemed to come down hardest on sex workers.

Alternately, the recent drop in prosecution numbers and falling rate of referrals to prosecutors could signal that priorities or commitments for U.S. attorneys have been tied up elsewhere during the Trump administration. It's possible that efforts on immigration, the Russia probe, or whatever else may be coming at the expense of prosecuting sex traffickers.

In any case, last year was hardly a low point in terms of overall number of cases prosecuted. So far, there have been 108 federal prosecutions for underage sex trafficking in fiscal year 2019. If things continue as projected, there will be about 162 total for the year, TRAC says. That's down 27.6 percent from last year and down about 32 percent from 2014—but up 90.6 percent from a decade ago.