SCOTUS says it is constitutional for police to draw blood from unconscious drunk driving suspects. 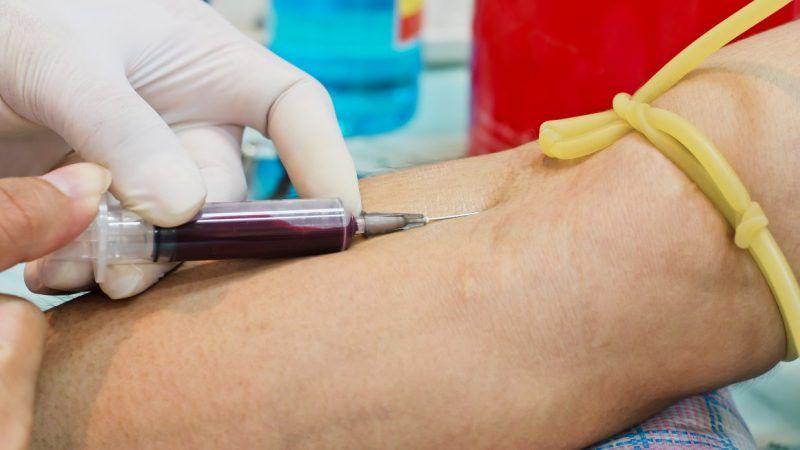 The Supreme Court ruled today that exigent circumstances allow police to draw blood from an unconscious driver without his permission and without a warrant if the police suspect that the driver is under the influence of alcohol.

Today's decision in Mitchell v. Wisconsin comes just three years after the Court ruled that police generally do need to get a warrant to perform blood tests if a driver does not voluntarily consent. And the Court's judgment actually dodged the major question presented by the case: Whether a state can force a citizen to consent in advance to unwarranted blood tests as a condition of driving.

The ruling centered on a man named Gerald Mitchell, who was arrested on suspicion of drunken driving. Police brought him to a hospital for a blood test, but he was unconscious by the time they arrived and thus could not consent. Wisconsin has an "implied consent" law that authorizes police to draw blood from unconscious drivers if the officers have probable cause to suspect that those drivers are under the influence of drugs or alcohol. Drivers essentially have to consent to this search as a condition of driving legally in the state.

Mitchell challenged the constitutionality of this implied consent. The plurality decision, written by Justice Samuel Alito and joined by Chief Justice John Roberts and Justices Stephen Breyer and Brett Kavanaugh, held that the blood draw is covered by the "exigent circumstances" exception to the Fourth Amendment that allows police to conduct warrantless searches in order to prevent the destruction of evidence. Specifically, the justices determined that the potential dissipation of evidence of alcohol in Mitchell's bloodstream, along with other public safety needs (such as getting Mitchell to the hospital), took precedence over a warrant application and thus justified the blood draw.

To reach this conclusion, Alito drew heavily from a previous Supreme Court precedent, Schmerber v. California (1966), which established that police could draw blood without a warrant if they would otherwise be forced to wait so long that the evidence might be destroyed by the body's metabolic processes.

Justice Clarence Thomas concurred in the judgement. He also wrote separately to say that he thought Alito's ruling set up overly complicated guidelines for what counts as an exigent circumstance. Thomas argued that police should be able to draw blood without warrants in drunken driving cases to preserve the evidence, period.

Writing in dissent, Justice Sonia Sotomayor, joined by Justices Ruth Bader Ginsburg and Elena Kagan, questioned whether the exigent circumstances described by the Court's judgment actually existed. Wisconsin, in fact, did not make any such argument while defending the blood draw and even conceded that the situation was not so pressing that its officers couldn't take the time to get a warrant. At the trial court stage, the state even admitted that this was not a case of exigent circumstances. Instead, the state leaned heavily on the "implied consent" demand under Wisconsin law. As Sotomayor pointed out, "Wisconsin has not once, in any of its briefing before this Court or the state courts, argued that exigent circumstances were present here. In fact, in the state proceedings, Wisconsin 'conceded' that the exigency exception does not justify the warrantless blood draw in this case." She also noted that advances in technology and communications have made it relatively easy for judges to give warrants "within 5 to 15 minutes." She concluded:

Acting entirely on its own freewheeling instincts—with no briefing or decision below on the question—the plurality permits officers to order a blood draw of an unconscious person in all but the rarest cases, even when there is ample time to obtain a warrant. The plurality may believe it is helping to ameliorate the scourge of drunk driving, but what it really does is to strike another needless blow at the protections guaranteed by the Fourth Amendment. With respect, I dissent.

Justice Neil Gorsuch also dissented, writing briefly to say that he thought the case should have been dismissed as improvidently granted because the Court had declined to address the constitutionality of implied consent, which was the whole reason for taking the case up in the first place.

Read the Supreme Court's decision here. The Reason Foundation (the non-profit that publishes this site) submitted an amicus brief supporting Mitchell and asking the Supreme Court to rule that Wisconsin cannot force drivers to give up their constitutional rights in this manner. Read that brief here.