To Hold but Not to Have: California's Marijuana Laws Get Weird When You're in Jail

It's not illegal for inmates to have marijuana, but it's still a felony if they try to smoke it. 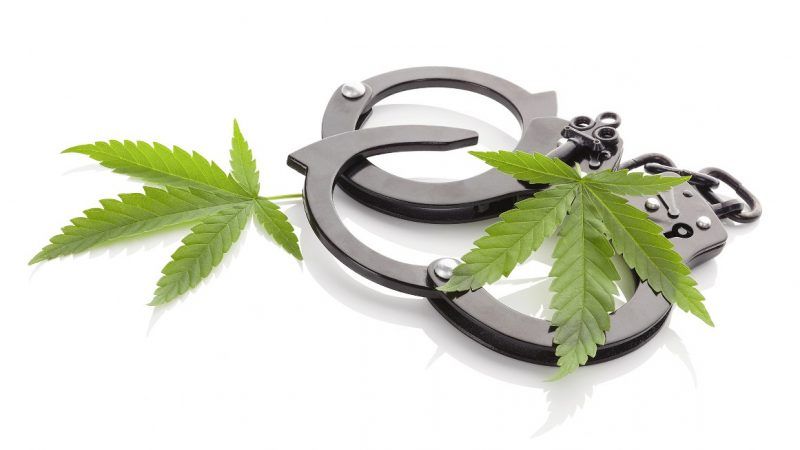 In California jails and prisons, you can have your pot but you can't smoke it. So ruled the state's Third District Court of Appeals this week.

Californians voted in 2016 to legalize possession of small amounts of marijuana via Proposition 64. The ballot initiative did not differentiate between the types of people who were allowed to possess pot, other than requiring them to be over the age of 21. This means that, technically, people who are in jail cannot be criminally charged for having small amounts of marijuana. Proposition 64 overrides previous laws against simple possession.

But Proposition 64's language did not authorize consumption of marijuana in jails and prisons, which is separately forbidden under California law. Smoking pot when you're imprisoned is a felony. And so inmates are in a weird marijuana purgatory: They cannot be charged for having marijuana within the state's possession limits, but they cannot legally smoke any of it either.

California's attorney general, Xavier Becerra, tried to resolve the tension by continuing to enforce a criminal ban on marijuana possession behind bars. But this week the appeals court said he couldn't do that, overturning the convictions of five inmates sentenced for having marijuana in jail. The three-judge panel's 20-page ruling makes it clear: California voters legalized marijuana possession in these circumstances. The end. The fact that inmates can be charged with a crime for smoking the marijuana is a completely separate matter.

The judges were asked to determine whether such an outcome is "absurd," and they concluded it is not: "A result is not absurd just because the outcome may be unwise."

That "unwise" outcome includes the fact that jails can still ban pot administratively and punish possession as a rule violation. The San Jose Mercury News notes that prisoners caught with marijuana can have their good behavior credits revoked (meaning longer sentences) or be sent to "segregated housing"—solitary confinement. And of course, because marijuana possession remains a federal violation, an inmate caught with pot could face federal charges.

The rather unusual outcome is a reminder that even in states that have legalized recreational marijuana use, there are still a lot of ways the government can continue to punish people for toking up.