Nobody Should Be Placed in Solitary Confinement—Not Even Paul Manafort

Paul Manafort isn’t deserving of torture. Neither was Kalief Browder. 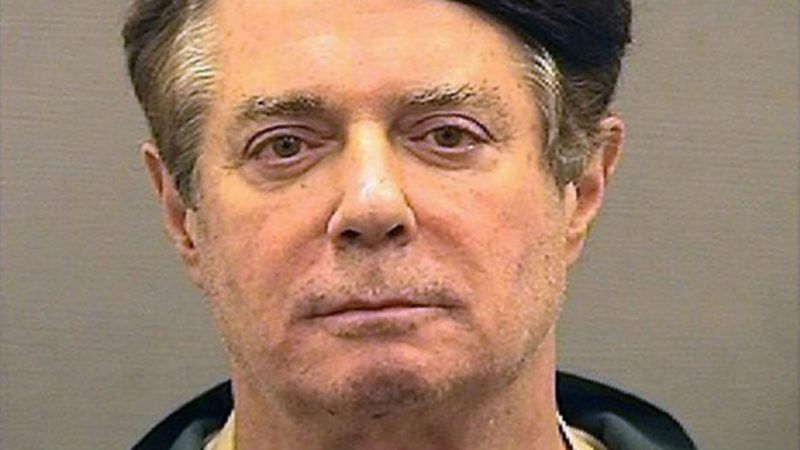 A judge has ordered former Trump campaign chair Paul Manafort to be transferred to the infamous Rikers Island Prison in New York City. Manafort could also face time in solitary confinement out of concern for his safety. Manafort's predicament presents a unique opportunity to have a conversation about a questionable prison tactic.

As previously reported, Manafort was convicted on charges related to tax evasion and fraud. He also ran into trouble for lying to the Department of Justice about fraud, money laundering, and his relationship with a foreign bank.

That hardly fits the bill of a hardened, violent criminal, as would be suggested by the judge's actions. His supporters are arguing the same. A source close to him said, "He's not a mob boss," in response to the news.

Neither was Kalief Browder, who spent three years at Rikers without ever seeing a trial. He was arrested by police after he was accused of stealing a backpack. Officers found nothing on his person and the accusations were later discovered to be dubious. Browder was subjected to violence by the guards and inmates, but experts believe the two years he spent in solitary confinement was the main factor that led to his 2015 suicide at the age of 22, about two years after his release.

Needless to say, there continues to be great hypocrisy in Manafort's case. Defenders of a harsher criminal justice system for average Americans have pitied Manafort. Others are saying the new development is "karma."

Scott Hechinger, public defender and policy director at Brooklyn Defender Services, wants those supporting the judge's decision in Manafort's case to see how turning a blind eye does a disservice to those like Browder.

Kalief Browder. Arrested at 16. For allegedly stealing a backpack. Stuck on Rikers on $3500 for 3.5 years. Hundreds of days in solitary confinement. Committed suicide upon release. Pretrial detention and solitary confinement killed him.https://t.co/wSV5e8M5HG

"When we support pain, punishment, torture, harshness, pre-trial detention, solitary, guilt until proven innocent for one—no matter how much we might despise them or think they 'deserve it'—we further entrench an unjust system for all," he tweeted.

Any personal feelings of Manafort should be set aside to speak out against torture. And those with new thoughts on humanity behind bars should similarly be concerned that this is a reality for tens of thousands of Americans each year.