Matthew Bowen hit a man who crossed the border. Then he sent a text calling him a "human pit maneuver." 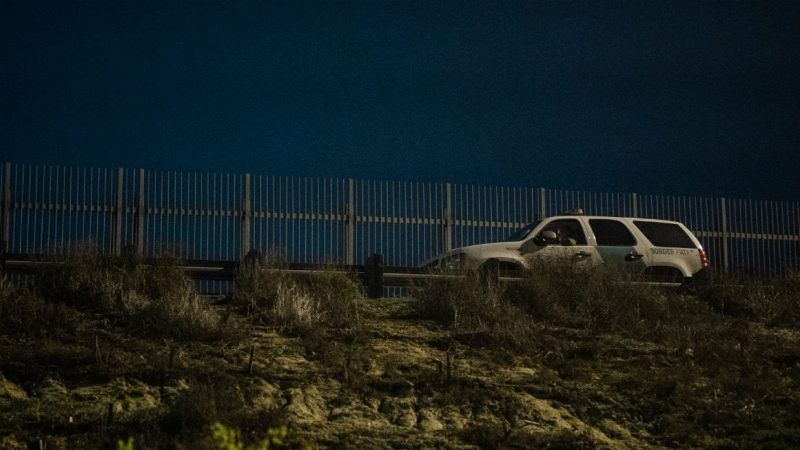 According to his own text messages, a border patrol agent standing trial for hitting a Guatemalan migrant with his work vehicle harbored strong feelings against immigrants. Despite his objections, prosecutors hope to use his words against him in court.

AZCentral reports that Matthew Bowen worked as a U.S. Customs and Border Patrol agent in Nogales, Arizona, when the incident occurred in December 2017. Bowen and others confronted a 23-year-old man suspected of jumping the border near a port of entry. As the man ran back towards the port of entry, Bowen sped behind him in his truck and struck him twice. Bowen's vehicle came within inches of running the man over. The man survived the incident with abrasions to his hand and knees.

Bowen has been charged with depriving the man of his right to be "free from the use of excessive force" by someone acting under the color of the law. He's also been accused of falsifying records after the incident. Bowen sent a text saying that he was trying to give the man "a little push" with his truck. After learning of the investigation into the incident, he later told the chief patrol agent that he was unaware of the force of the truck and whether or not he struck the man.

When Bowen's case comes to trial in August, prosecutors hope to be able to use such text messages to show that Bowen's actions were the result of intense bias and discrimination against immigrants.

In one message, for instance, Bowen refers to immigrants as "disgusting subhuman shit unworthy of being kindling for a fire." In another, he asks if President Trump will allow his fellow agents to "PLEASE let us take the gloves off."

Bowen also sent a text message about the December 2017 incident which refers to the man he hit with his truck as a "human pit maneuver." The person receiving this text message was a fellow Border Patrol agent named Lonnie Swartz. Swartz was acquitted in November 2018 after fatally shooting a Mexican teenager through the border fence.

Bowen's defense team objected to the seizure and use of his text messages. In one document filed in the U.S. District Court for the District of Arizona, federal prosecutors argued that Bowen's text messages were directly relevant to the case and recommended that his motion to suppress the messages "be denied in full," as was previously done by a magistrate judge.

This is not the first time Bowen displayed questionable behavior. He was tied to other misconduct incidents, including an unjustified search and tackling an immigrant without cause.

U.S. Customs and Border Patrol received additional unwanted attention last year after 10-year veteran Juan David Ortiz of the Laredo sector confessed to kidnapping, assaulting, and killing several sex workers. That same year, two other agents in his sector, which saw the highest number of misconduct incidents, were accused of an unrelated homicide and a killing incident on the border involving immigrants.

Audits from the agency show that border patrol has long struggled with misconduct issues as well as creating a reliable system for documenting incidents.