Even Where Weed Is Legal, Government Regulation Makes Advertising It a Nightmare 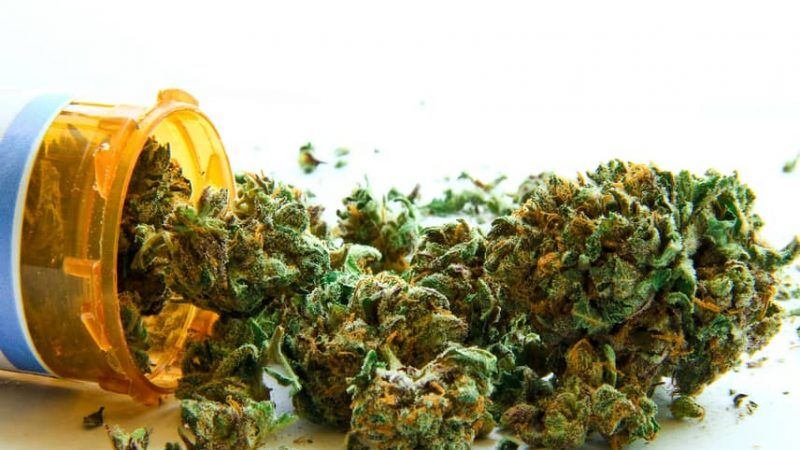 Cannabis-based companies must navigate complex state-by-state regulations in order reach their customers. Despite their growing popularity and market value, cannabis products remains difficult to advertise, thanks to the government.

"It's lucrative for a few and very challenging for a great many," Robert O'Shaughnessy, the co-founder and president of marketing and digital services for Higher Ground—a PR firm dedicated to marketing cannabis products—told Reason.

"I think that's sort of a funny thing everybody talks about green rush, but the challenges in this market are real," he said. "You have to be very smart and thoughtful when entering the market."

The majority of state regulations are focused on ensuring pot ads don't intentionally or accidentally target children or those under age 21. Ads featuring cartoons, mascots, or bright colors that may drum-up a kid's interest are barred in many states. Signage near schools, the highway, or placed near locations where the audience isn't likely to be adults are often banned.

Some regulations are even more burdensome. For example, Massachusetts is preparing to unveil its new laws regarding marijuana branding, following its legalization of recreational use. According to O'Shaughnessy, the state has chosen to ban logos that have the leaf in it as well as brands that contain "colloquial references to the leaf, which includes 1200 plus terms."

"A great brand that has a lot of recognition may have trouble entering Massachusetts with a brand image that they've spent two years conceiving of and rolling it out," he said.

Investing in a brand takes a considerable amount of time and money. According to Forbes, building a brand strategy can cost hundreds of thousands of dollars when adding in research, design, and focus group costs. Regulations such as the ones in Massachusetts make investment more risky, as brands become less transferable from state-to-state, driving up company costs and making market entry challenging for smaller firms.

"With respect to packaging, we are talking about not a small investment, so you don't want to find suddenly that you have a market that opens up wherein you can't market your packaging," said O'Shaughnessy.

Dr. Alex Masowski, the Chief Scientist at Sage Analytics, an industry leading supplier of in-house testing equipment for cannabis, says that "companies are looking at a moving target" when considering regulations.

"All of these companies would hope to exist in multiple states, and there is a cost and a waste associated with having different marketing or packaging of the same products across state lines," Masowski told Reason.

Aside from dealing with confusing and disparate state-by-state regulations, cannabis companies are essentially barred from using Facebook and Google ad platforms—two of the largest and most profitable digital ad platforms—to promote their products. As federal law considers pot a Schedule 1 drug, it cannot be advertised on a federal level. While Facebook may seem like the ideal place for cannabis firms to target ads to specific demographics, companies cannot use it.

Facebook's ad policy does not allow posts that promote the sale or use of illegal, recreational drugs, or prescription drugs. Facebook's updated community standards bars posts that "mentions or depicts marijuana or pharmaceutical drugs." Even expressing an interest in buying substances can get a post flagged. Facebook also places marijuana provisions under the "Violence and Criminal Behavior" heading, despite the substance being legal in a number of areas.

When posts are flagged online, they are temporarily taken down until the report is reviewed by Facebook. If the post does violate Facebook's Community Standards or ad policy, it will be removed. This can pose problems for firms trying to reach their customers. Some firms could even unnecessarily flag competitors posts just to be malicious.

Reason spoke to a Facebook representative on background to get some clarity about the appeals process. Advertising policies on Facebook are more stringent than the community standards, so in addition to having to comply with Facebook's community standards guidelines, ads must face additional restrictions. Ads are reviewed by Facebook Teams before going online. If they don't get approved, companies can appeal. If they are reported afterwards for violating community standards, groups can also appeal the claim. Appeals typically take 24 hours.

Without the largest internet platforms to boost their digital strategy, cannabis companies must get creative when targeting their customers. Many firms rely on good-old-fashioned journalism and public relations to spark word of mouth interest in their products. High Times, Vice, and other networks that are dedicated to consumer journalism are helpful. Meet-up services like Eventbrite that allow firms to promote events that feature their products and bring in industry speakers to talk about relevant topics can be successful.

"With Facebook and social media specifically, look to people who are influencers," said O'Shaughnessy. "How can you get them excited and talking about what you're doing? Have events that people can go to and encourage a hashtag strategy or sharing photos of the event."

Kayla Stetzel was a Spring 2018 intern at Reason.