Plus: Hackers take over Atlanta, demand ransom to lift lock on city computers. 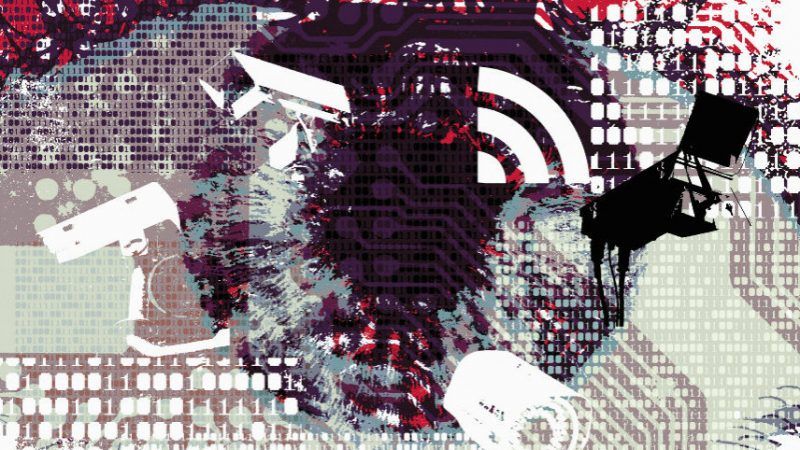 The Justice Department's digital reach now extends worldwide, thanks to the CLOUD Act. The Department of Justice (DOJ) has been quick to flex its new authority since President Trump signed the "CLOUD Act" into law in late March. On Friday, DOJ asked the Supreme Court to rule moot a case involving Microsoft's refusal to turn over emails stored on an Irish server. The emails concerned a suspect in a federal drug case.

The CLOUD Act says that a "provider of electronic communication service" must turn over court-ordered data "regardless of whether such communication, record or other information is located within or outside of the United States."

The Supreme Court had heard arguments in February in the Microsoft case, which revolved around whether a U.S. search warrant covers digital data stored on an overseas server by a U.S. company. But in light of the new law, the Court's services might not be necessary.

DOJ has already obtained a new search warrant demanding Microsoft to turn over the drug suspect's emails that are stored on a server in Dublin. "Microsoft no longer has any basis for suggesting that such a warrant is impermissibly extraterritorial," Solicitor General Noel J. Francisco wrote to the court. "There is thus no longer any live dispute between the parties, and the case is now moot."

This demand of Microsoft is one of the first visible, and chilling, effects of the CLOUD Act. In conjunction with FOSTA, the CLOUD Act marks March as a really terrible month for privacy, free speech, and an open internet in America, and it may signal some dark days ahead for anyone who values those things.

In the wake of Congress passing FOSTA (which makes facilitating or promoting prostitution a federal crime for which websites can be held legally liable for), some people have discussed the importance of foreign servers for shielding digital platforms and their users from prying prosecutors and legal liability. But even if the server is abroad, it's now also important that the company running the server have no U.S. ties, or else they could still be compelled under the CLOUD Act to fork over user data.

As the Electronic Frontier Foundation noted when the CLOUD Act passed, this measure "was never reviewed or marked up by any committee in either the House or the Senate. It never received a hearing. It was robbed of a stand-alone floor vote because Congressional leadership decided, behind closed doors, to attach this un-vetted, unrelated data bill to the $1.3 trillion government spending bill."

Judge sides with Metro over Milo. The D.C. Metro doesn't have to repost ads for Milo Yiannopoulos' book, or at least not yet, according to a weekend ruling from U. S. District Judge Tanya Chutkan. The public transit system (officially known as the Washington Metropolitan Area Transit Authority, or WMATA) had initially accepted and ran Yiannopoulous' ads but quickly pulled them down, citing customer complaints. Yiannopoulos sued. Now Chutkan's ruling (the first since the case was filed in August 2017) rejects Yiannopoulos' request for a preliminary injunction. From the decision:

WMATA reasonably concluded that Milo Worldwide's advertisements violated WMATA's prohibition on advertisements intended to influence public policy. WMATA therefore acted reasonably in excluding those advertisements, in view of its stated objective to reduce community and employee opposition, to diminish security risks, and to avoid vandalism and the burdens of administrative review.

No matter your opinion on Milo, Chutkan's decision—while preliminary—should be a disappointing one if you value the First Amendment.

The WMATA's rules regarding issue-based advertising are confusing, vague, and selectively applied—more a matter of which ads garner controversy, or could, than a blanket ban on any particular type of content. As WTOP notes, "Yiannopolous's case against Metro is a piece of a broader challenge against Metro's advertising restrictions backed by the American Civil Liberties Union." (Other plaintiffs include PETA and abortion clinic Carafem.) "Metro adopted the blanket ban on issue-oriented advertising and the related regulations in 2015 after an anti-Muslim activist attempted to place ads depicting the Prophet Muhammad," WTOP notes.

China taxes pork in prep for "trade war." In response to new Trump administration tariffs on Chinese goods, China announced tariff hikes on up to $3 billion in U.S. goods. An editorial in a state-backed Chinese Communist Party paper said "American politicians better realize sooner rather than later that China would never submit if the U.S. launched a trade war" and warned that "even though China and the U.S. have not publicly said they are in a trade war, the sparks of such a war have already started to fly.

The U.S. tariff increases would include a 15 percent hike on sparkling wine, fresh and dried fruits, and nuts. Scrap aluminum and pork products would see a 25 percent tariff increase. "The American pork industry sent $1.1 billion in products to China last year, making the Asian country the No. 3 market for U.S. pork," according to NBC News.