Surveillance, data collection and biometrics all topic of debate. 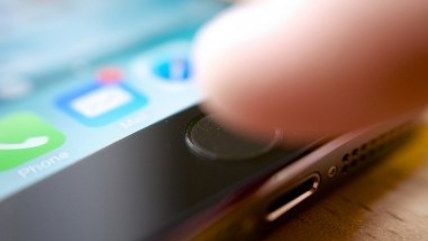 (Janitors via Foter.com / CC BY)

South by Southwest attendees may not be able to recite the Fourth Amendment on command (unlike yours truly), but two early panels on technology, privacy, and surveillance indicate that protecting this right is important to quite a few of them.

Today officially launches the start of this year's South by Southwest conference here in Austin. Peter Suderman blogged earlier the opening address by Sen. Cory Booker (D-New Jersey). His piece launched the "government" track segment of the conference, running up through Monday. Reason is represented here not just as journalists covering the conference: Suderman, Jacob Sullum, and I are also moderating panels on important policy issues.

Conider my panel, "Get a Warrant: The Fourth Amendment and Digital Data" as a sort of table-setter for tech privacy and surveillance issues that are going to be popping up at several other panels over the next few days. That's how we decided to approach it anyway. Assisted by Sean Vitka of Demand Progress and the advisory committee of Congress' Fourth Amendment Caucus, Neema Singh Guliani, of the American Civil Liberties Union, and Mike Godwin, the media/internet lawyer who helped start the Electronic Frontier Foundation (and also has a famous law you may have heard of), we offered up a sampler platter of top tech surveillance issues in America today.

Our ultimate goal, though, was to help people attending the conference understand that legislators play a key role in helping restrain the surveillance and data collection authorities law enforcement and federal intelligence services have brought to bear against America's own citizens.

Of course, those who read Reason regularly could have nodded along at the information passed along by our panelists. We only touched on each issue for a few minutes, but you can read more about why President Donald Trump's claims of being illegally wiretapped matter about more than just Trump lashing out or some sort of power play over who controls the government (though that does matter, too). An important provision that gives the intelligence community a significant amount of surveillance authority needs to be renewed this year or it will expire. Congress has a vote coming, and Trump's administration has said they don't want anything changed. But civil liberties and privacy groups are calling for reforms.

We touched on border tech searches and the attempts by federal officials to try to essentially intimidate travelers—both foreign visitors and Americans—into granting access to their tech devices. Vitka noted in the panel encryption plays an important role of trying to restrain the government here and likened it to vaccinations and herd immunity. These searches happen because the possibility of access remains. If more or most Americans used tougher encryption to access devices, they'd be denied enough to stop trying. Sen. Ron Wyden (D-Oregon) is trying to get a law passed to require warrants for these border tech searches.

And we used the Email Privacy Act to help highlight some of the challenges facing privacy supporters in Congress. The Email Privacy Act, which would close an old legislative loophole that allows warrantless access to old emails, passed unanimously in the House of Representatives, but has not been able to get through the Senate. Established Senate leaders (and not just Republicans) have stood in the way of reforming the law, even when it has massive bipartisan support. (And when we polled the audience, many people who followed Edward Snowden's leak coverage nevertheless had no idea that this act even existed.)

Following on the heels of my panel was "Are Biometrics the New Face of Surveillance?" The panel drew a large crowd, given that it's probably the latest "hotness" in how technology is facilitating government snooping. The panel was moderated by Sara Sorcher of the Christian Science Monitor. Panelists included Christopher Piehota of the FBI, there to assure us that the federal government does not violate our privacy with its databases of images, Cory Doctorow of Boing Boing, there to point out that in order for us to trust Piehota the government has to be more transparent about how it's using the databases and to provide us all a dire warning that information collected for one purpose can and will be eventually used for others. He went full Godwin by reminding folks that collected government data that was innocuous at the time was used by the Nazis to track down and round up Jews.

Now that my own panel is done and over with, I'll be spending the next few days attending and covering other panels of interest to those who love both liberty and privacy and want to make sure those values come through when exploring tech innovation.