Can U.S. courts compel non-citizens to pay restitution to other non-citizens for crimes that took place abroad? Apparently so. 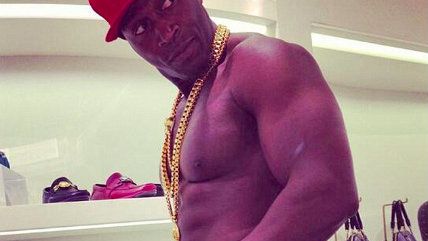 America is "not the world's lawgiver" and can't punish non-citizens for activity committed abroad, U.S. Supreme Court Justice Clarence Thomas opined Monday. Thomas was the only Justice who wanted to consider an appeal from a Jamaican man convicted in U.S. federal court of sex trafficking and ordered to pay restitution to an Australian woman for crimes that occurred in Australia.

The man, Damion Baston, was found guilty in 2014 of multiple federal counts of sex trafficking and money laundering. The case earned a lot of attention due to Baton's unusual persona: gold-plated fangs, eerie contact lenses, and a nickname—"Drac"—to match. Baston was accused of using intimidation and physical and psychological abuse to coerce women into prostitution in Florida and overseas, including in Australia and United Arab emirates, and ultimately sentenced to serve 27 years in federal prison and pay restitution totaling around $99,000 to three of the victims. He appealed.

In March 2016, the U.S. Court of Appeals for the 11th Circuit upheld the lower court's ruling in part. But it found that "the district court erred when it refused to award restitution to a victim of Baston's sex trafficking in Australia" because the activity too place outside the U.S. Thus, Baston was ordered by the 11th Circuit to pay $400,000 to the Australian woman, Katie Lang, who had accused Baston of forcing her into prostitution in her home country after the pair became romantically involved.

Baston then appealed to the U.S. Supreme Court. In the appeal, lawyers for Baston—a Jamaican national who had been deported from the U.S. once before and was traveling under a stolen identity—argued that American courts cannot compel non-citizens to pay restitution to other non-citizens for activity that occurred outside U.S. boundaries.

On Monday, the Supreme Court declined to hear Baston's appeal. Justice Thomas' was the sole dissenter who thought the Court should take the case. "I am confident," wrote Thomas, that "whatever the correct interpretation of the foreign commerce power may be, it does not confer upon Congress a virtually plenary power over global economic activity."

While Baston might not be a "sympathetic" figure, the "principle involved" in his case is "fundamental," and thus worthy of reconsideration, wrote Thomas. "Taken to the limits of its logic, the consequences of the Court of Appeals' reasoning are startling. The Foreign Commerce Clause would permit Congress to regulate any economic activity anywhere in the world, so long as Congress had a rational basis to conclude that the activity has a substantial effect on commerce between this Nation and any other. Congress would be able not only to criminalize prostitution in Australia, but also to regulate working conditions in factories in China, pollution from powerplants in India, or agricultural methods on farms in France."