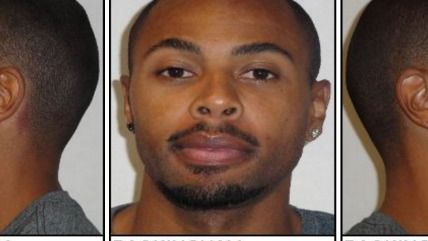 Judging from yesterday's oral arguments in Packingham v. North Carolina, the Supreme Court seems inclined to overturn that state's law banning sex offenders from Facebook, Twitter, and other "commercial social networking Web sites." Robert Montgomery, a lawyer from the North Carolina Attorney General's Office, had a hard time persuading the justices that the law—which covers a wide range of sites accessible to minors and applies to all registered sex offenders, whether or not their crimes involved children or the internet—passes muster under the First Amendment.

The case was brought by Lester Packingham, who in 2002, at the age of 21, pleaded guilty to taking indecent liberties with a minor. A first-time offender, he received a sentence of 10 to 12 months, after which he served two years of probation and was required to register as a sex offender for 10 years. Six years after Packingham's conviction, the North Carolina legislature passed a law that made it a Class I felony, punishable by up to a year in jail, for a registered sex offender to "access" any commercial website open to minors that facilitates social introductions, allows users to create web pages or profiles that include personal information, and enables users to communicate with each other. Packingham was caught violating the law in 2010, when he beat a traffic ticket and celebrated the event with an exultant Facebook post:

Man God is Good! How about I got so much favor they dismiss the ticket before court even started. No fine, No court costs, no nothing spent….Praise be to GOD, WOW! Thanks JESUS!

Trying to explain how punishing such innocent (and religious!) speech can be consistent with the First Amendment, Montgomery likened North Carolina's law to state bans on politicking within 100 feet of a polling place, which the Court upheld in the 1992 case Burson v. Freeman. "I think that does not help you at all," Justice Anthony Kennedy said, provoking laughter from the audience. "If you cite Burson, I think you lose."

Justice Elena Kagan briefly seemed to be helping Montgomery, only to drive Kennedy's point home. "I agree with you," she told Montgomery. "That's your closest case….It's the only case that I know of where we've permitted a prophylactic rule where we've said not all conduct will have these dangerous effects, but we don't exactly know how to separate out the dangerous speech from the not-dangerous speech….That is like one out of a zillion First Amendment cases that we've decided in our history. And as Justice Kennedy says, there are many reasons to think it's distinguishable from this one."

Justice Stephen Breyer was equally discouraging. "The State has a reason?" he said. "Yeah, it does. Does it limit free speech? Dramatically. Are there other, less restrictive ways of doing it? We're not sure, but we think probably, as you've mentioned some. OK. End of case, right?"

Kagan emphasized the extent of the law's interference with political speech, noting that it prevents sex offenders from following the president, members of Congress, and other elected officials on Twitter or Facebook. "This has become a crucially important channel of political communication," she said. "And a person couldn't go onto those sites and find out what these members of our government are thinking or saying or doing….These sites have become embedded in our culture as ways to communicate and ways to exercise our constitutional rights."

The law clearly covers social media platforms such as Facebook and Twitter, and it arguably applies even to ubiquitous services such as Google and Amazon, which are not primarily social networking sites but seem to meet the statutory definition. Although Montgomery claimed news sources such as nytimes.com are not covered, they might be if they let readers register and create profiles for commenting. "Even if The New York Times is not included," Justice Ruth Bader Ginsburg said, "the point is that these people are being cut off from a very large part of the marketplace of ideas. And the First Amendment includes not only the right to speak, but the right to receive information."

In addition to a casual disregard for the First Amendment, North Carolina's law illustrates legislators' tendency to impose sweeping, indiscriminate restrictions on sex offenders in the name of protecting children, such as the park ban that an Illinois appeals court recently deemed unconstitutional. Justice Sonia Sotomayor noted that North Carolina's social media ban is "being applied indiscriminately to people who have committed a sexual crime of statutory rape—or even if they're teenagers, more than four years apart, or something else of that nature." She questioned "the inference that every sexual offender is going to use the internet to lure a child." She added that someone convicted of "committing almost any crime" might use social media to facilitate a future offense.