The United Kingdom Authorizes Broad Mass Surveillance on Its Citizens

A level of snooping every autocrat in the world will admire. 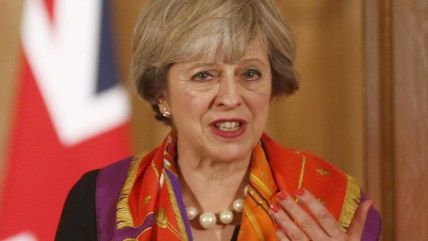 The United Kingdom's Gangmasters and Labour Abuse Authority is not part of an agency tasked with fighting terrorism. They are a licensing body monitoring labor rules in the U.K.'s agriculture industries.

Nevertheless, under a new mass surveillance law, high-ranking officials of this agency will have as much access to the private Internet information of British citizens as agencies that actually are tasked with fighting terrorism.

This will be the outcome of the passage of the Investigatory Powers Act, also known as the Snooper's Charter. It has passed both houses of the British Parliament and will become law in 2017 if approved by the queen.

The Investigatory Powers Act makes the surveillance authorized by America's PATRIOT Act look remarkably tame in comparison. The law requires Internet Service Providers to keep all metadata and web browsing history of users for 12 months. And it allows top officials of dozens of government agencies to demand access to this information, not to fight terrorism, but any sort of crime.

The list of agencies granted access included in Schedule 4 of the 300+-page law includes several government bodies whose job it is to fight various forms of fraud or general crimes. It contains rules on how to get warrants to access confidential information stored by journalists and to try to track down a journalist's sources. It, of course, creates special protections for members of Parliament to provide extra requirements before snooping on them.

This is not a law about fighting terrorism. This is a law that completely destroys citizens' online privacy for the benefit of any sort of governmental investigation to solve domestic crimes. Edward Snowden called it "the most extreme surveillance in the history of Western democracy."

This was a pet project of new Prime Minister Theresa May, and I've previously noted that she is absolutely awful on surveillance and privacy, going so far as to think that snooping on private communications is an acceptable way to fight "cyberbullying."

People are now petitioning to try to force the House of Commons to reconsider the legislation.

Ron Bailey previously noted how Russia is using surveillance laws like those in the U.K. and the United States as models for their own. The Investigatory Powers Act is an autocrat's wet dream. Laws exactly like this one will be used in other countries to snoop and crack down on dissenters and protesters, and the United Kingdom will hardly be in a position to criticize.

And if President-Elect Donald Trump's choice to head the CIA—Rep. Mike Pompeo—is an indicator, America may be following in England's footsteps.