"Congress has spoken on this matter and it is for Congress, not this court, to revisit." Except for maybe later this afternoon... 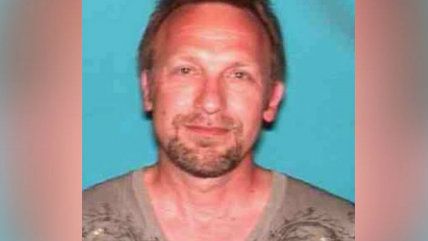 It looked like the courts would once again save us from prosecutorial overreach aimed at web classified-ad site Backpage—and in so doing, reaffirm the protection under federal law and the First Amendment that's afforded third-party publishers of online content. On Wednesday morning, Sacramento County Superior Court Judge Michael Bowman indicated that he would reject California's case against Backpage CEO Carl Ferrer and two former site owners on charges of pimping, pimping a minor, and conspiracy.

In a tentative ruling, Bowman agreed with the defense that the federal Communications Decency Act prohibits the charges aginst Ferrer and co-defendants Michael Lacey and James Larkin, who were all arrested in October. "Congress did not wish to hold liable online publishers for the action of publishing third party speech," he wrote. "Congress has spoken on this matter and it is for Congress, not this court, to revisit." The last sentence was bolded.

Although Bowman could not issue a final ruling until after oral arguments, which were scheduled for Wednesday afternoon, he said that the final ruling come as early as that evening. And it did: Bowman now wants more info. According to Cheryl Miller of California legal newspaper The Recorder, the judge has now said he won't dismiss the pimping charges just yet and would like more briefings from both sides before deciding whether to make the tenative ruling final.

The case against Ferrer and company was instigated by the California Department of Justice and led by state Attorney General Kamala Harris, who called Backpage "the world's top online brothel." Harris, a Democrat, just won a seat in the U.S. Senate. In October, former Backpage owners Lacey and Larkin accused her of bringing the charges against them as a pre-election publicity stunt.

"Make no mistake; Kamala Harris has won all that she was looking to win when she had us arrested," the men alleged in a statement. "She issued her sanctimonious public statement, controlled her media cycle and got her 'perp walk' on the evening news. … And if the polls are any indication, Harris will be warmly ensconced in the United States Senate by the time her blatant violations of the First Amendment and federal law are finally adjudicated. She won't pay. The taxpayers of California will."

As I noted here then, Harris knew the charges she was bringing against Ferrer, Lacey, and Larkin were not permitted under federal law. In 2013, she petitioned Congress to change the law specifically so that she and other state attorneys general could prosecute Backpage owners. Which means her presence now in Congress doesn't bode well for Section 230 of the Communication Decency Act (CDA), the part that protects web publishers and platforms from criminal liability for user-generated content.

For now, it looks uncertain whether Backpage—which has emerged victorious in several previous attempts by state prosecutors to go after it in unconstitutional ways—will be afforded the protections guaranteed under Section 230.

"The importance of the protection afforded by the First Amendment was the motivating factor behind the creation of CDA," Bowman noted in his tentative ruling earlier today. While government has a legitimate interest in fighting sex trafficking, that interest "is not absolute," wrote Bowman, "and must be constrained by the interests and protections of the First Amendment to the U.S. Constitution."

Bowman also pointed out in the tentative ruling that California criminal code defines pimping as living or deriving financial support from the earnings or proceeds of a person's prostitution, and "does not apply to an individual who provides a legitimate professional service to a prostitute even if paid with proceeds earned from prostitution." In this case, Backpage earns money for services rendered to sex workers—providing a platform and tools to easily post advertisements—not by taking a cut of any sex-work proceeds that result.

"There is no dispute that Backpage charged money for the placement of advertisements," Bowman wrote. "Does this qualify as services rendered for legal purposes? Given the services provided by the online publisher, the answer to that question is yes. Providing a forum for online publishing is a recognized legal purpose that is generally provided immunity under the CDA. This immunity has been extended by the courts to apply to functions traditionally associated with publishing decisions, such as accepting payment for services and editing."