Not even police could claim there was a justification for the shooting, and tried to write it off as an "accident." 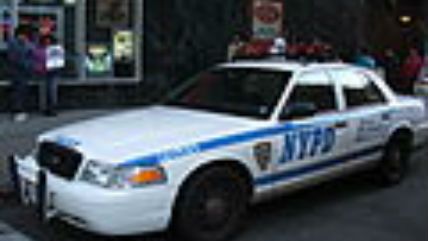 It looks like when there is not the slightest ability for anyone to doubt both that the police action caused the death and that the victim did nothing that could in the slightest be interpreted as "asking for it," then police officers can be convicted in America for killing a citizen.

This afternoon, NYPD Officer Peter Liang was found guilty by a jury of manslaughter.

As I summed up the case of the shooting of Akai Gurley in the stairwell of a Brooklyn apartment tower when it happened back in November 2014, "Brooklyn Man Killed By Police Officer, For No Actual Reason at All; An "Accident" Says NYPD."

Liang was patrolling in the public housing in Brooklyn with his gun drawn when he fired; he said a sound startled him. The bullet ricocheted off a wall and hit the 28-year-old Gurley on a lower floor.

Prosecutors said Liang handled his gun recklessly, must have realized from the noise that someone was nearby and did almost nothing to help Gurley.

"Instead of shining a light, he pointed his gun and shot Akai Gurley," Brooklyn Assistant District Attorney Joe Alexis said in his closing argument…..

The 28-year-old Liang said he had been holding his weapon safely, with his finger on the side and not the trigger, when the sudden sound jarred him and his body tensed.

"I just turned, and the gun went off," he testified.

He said he initially looked with his flashlight, saw no one and didn't immediately report the shot, instead quarreling with his partner about who would call their sergeant. Liang thought he might get fired…

Liang then radioed for an ambulance, but he acknowledged not helping Gurley's girlfriend try to revive him. Liang explained he thought it was wiser to wait for professional medical aid.

Liang could receive as much as 15 years for the crime.

He and his superiors kept calling what Liang did an "accident." Here was what I had to say about that back in 2014:

NYPD Commissioner William Bratton described the killing as "accidental" but doesn't seem to be claiming the gun went off by, say, the officer accidentally dropping it.

The officer, the facts of how guns work suggest, had drawn his gun, had his finger on the trigger, and pulled it, in the direction of things and people he could not see and said nothing to, by available accounts of the killing. This makes "accident" a perhaps infelicitous way to describe what happened, even if Liang did not knowingly and willingly intend to kill Gurley, who had done nothing criminal or threatening prior to the killing.

Reason coverage of the Gurley shooting. Anthony Fisher reported how Liang contacted his union rep before contacting medical help for the man he shot.