A narrower version of a 2014 initiative qualifies for this year's ballot. 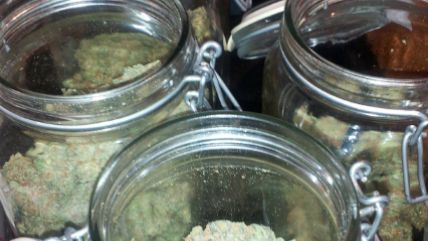 In 2014 a Florida ballot initiative allowing medical use of marijuana fell two points short of the 60 percent vote required for a constitutional amendment. That initiative's supporters are trying again, and yesterday they announced that they had gathered enough valid signatures to qualify their measure, once again known as Amendment 2, for the November ballot.

"This November, Florida will pass this law and hundreds of thousands of sick and suffering people will see relief," said Orlando lawyer John Morgan, who is once again chairing and financing the initiative campaign. "What Tallahassee politicians refused to do, the people will do together in this election." A 2014 law authorizes distribution of low-THC, high-CBD cannabis extracts to qualified patients, but that system does not include any other marijuana products, and it is limited to patients with cancer, epilepsy, or conditions causing "seizures or severe and persistent muscle spasms."

Opponents of Amendment 2—who in 2014 warned that legalizing medical marijuana would lead to pot-assisted rape, among other horrors—think they can accomplish something similar this year. "This so-called 'medical marijuana' amendment is just like the one voters defeated last election," says No on 2 spokesman Tre Evers. "It legalizes pot smoking in Florida under the cynical guise of helping sick people. Marijuana is not medicine; it is an illegal and dangerous drug. The fact is that wherever pot smoking has been legalized under the guise of 'medical marijuana' it has proven to be a farce, a ruse, de facto legalization."