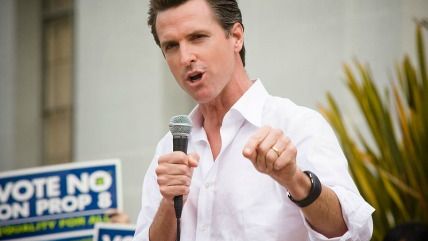 Proposition 19, the California marijuana legalization initiative that lost by seven points in 2010, was about 3,000 words long. The Adult Use of Marijuana Act (AUMA), the legalization initiative that seems to have the best shot at qualifying for the 2016 ballot, runs more than 30,000 words. That does not necessarily mean the AUMA is 10 times as good as Prop. 19, but its backers seem to be betting that specificity will allay voters' concerns.

Recent elections do not provide much evidence to support that expectation, and there is something to be said for keeping things vague. Leaving details such as tax rates and warning labels to legislators and regulators avoids potentially contentious issues while making room for the considered judgment of people with more public policy expertise than the average voter. While legislators do not necessarily read the bills they pass, it seems even less likely that voters will wade through all 62 pages of the AUMA. Those who do, even if they are inclined to support legalization, are apt to be troubled by some of the initiative's provisions.

It is hard to say whether size matters to voters. Washington's Initiative 502, which weighed in at more than 20,000 words, won by 11 points in 2012. But so did Colorado's Amendment 64, a svelte contender at 3,700 words. Oregon's Measure 91, which won by 12 points in 2014, was 15,000 words long. In that same election, Alaska's Measure 2, which consisted of a mere 4,100 words, won by just seven points. But the District of Columbia's Initiative 71, which was one-third as long as Oregon's ballot measure, had the biggest margin of victory by far: an astonishing 40 points. Then again, Ohio's Issue 3, a relatively slim 6,600 words, went down in flames last year, losing by 27 points.

The AUMA, which has the support of Lt. Gov. Gavin Newsom, former Facebook president Sean Parker and some of the activists who originally backed a rival effort known as Reform CA, is longer than any of those earlier initiatives. It is much longer than the four other legalization initiatives that are expected to be on state ballots this year, the heftiest of which, Maine's, contains less than half as many words. That's because the AUMA, which incorporates the recommendations of Newsom's Blue Ribbon Commission on Marijuana Policy, is packed with prescriptions that will thrill technocratic meddlers but repel fans of free markets.

Ohio's 2015 initiative failed spectacularly, largely because of a provision that alienated legalizers as well as prohibitionists: a cannabis cultivation cartel that would have limited commercial production to 10 preselected sites controlled by the measure's financial backers. The AUMA includes a different sort of protectionist scheme: a five-year ban on growers cultivating more than 22,000 square feet indoors or more than an acre outdoors. That ceiling is aimed at "allowing smaller growers to establish themselves in the market."

The AUMA, which also bars "large cultivation licensees" from holding distribution licenses, says regulators should strive to avoid the "creation or maintenance of unlawful monopoly power." It is not clear what that goal, which is supposed to guide licensing decisions, will mean in practice. But it is not hard to imagine how a policy officially aimed at promoting competition might be used as a cover for protecting entrenched interests.

The AUMA's limits on marijuana advertising are also anti-competitive. It prohibits signs on highways that cross state lines or within 1,000 feet of various locations where children gather, ads "intended to encourage persons under the age of 21 years to consume marijuana," and "symbols, language, music, gestures, cartoon characters or other content elements known to appeal primarily to persons below the legal age of consumption." Although marijuana's continued federal prohibition complicates the question, the constitutionality of those speech restrictions is doubtful.

The Adult Use of Marijuana Act improves on earlier efforts in some ways—for example, by allowing deliveries of marijuana to consumers and cannabis consumption in settings outside of private residences. But it is also inappropriately harsh, prescribing a $500 fine and up to six months in jail for possessing more than an ounce in public or growing more than six plants at home.

It should go without saying that even the most picayune regulatory system is preferable to prohibition. But that is a pretty low bar.

This article originally appeared in The Orange County Register.