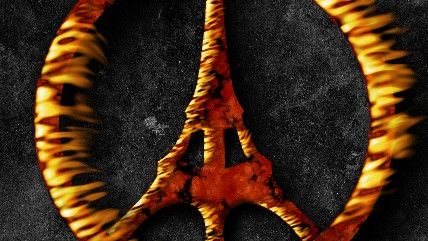 internal government document which includes proposals put forth by police agencies to ban the use of free Wi-Fi, as well as decentralized browsers such as Tor.

Tor is already banned by Iran and China (with Russia trying to follow suit). If the proposal were to pass, France would be the first European country to successfully ban Tor.

Madhumita Murgia writes at The Telegraph:

In the wake of the Paris attacks, the law enforcement authorities propose that the government forbid the use of free or shared Wi-Fi during a state of emergency, which is hard to track. They suggest that those who do not disconnect from public Wi-Fi networks should face criminal penalties.

They are also proposing that anonymous networks like the Tor browser, used worldwide by human rights activists and criminals alike, be blocked, and encryption keys to communication services (WhatsApp and iMessage are encrypted for instance) be handed over to police by internet service providers—at any time.

According to Le Monde, the document notes that French Department of Civil Liberties and Legal Affairs has questioned whether banning services like Tor in peacetime might violate the French Constitution.

Amar Toor of The Verge adds, "Police also proposed changes that would allow them to search vehicles and luggage without consent, and to conduct identity checks without providing justification."

Reason has been keeping track of the assaults on civil liberties in France since the three-month state of emergency went into effect following the terror attacks of November 13 which left 130 dead. These include warrantless raids (some without any justification), the right for authorities to copy data off of most private citizens' computers, the pre-emptive arrest of climate change activists, and the shuttering of three mosques accused of nurturing Islamist radicalization.