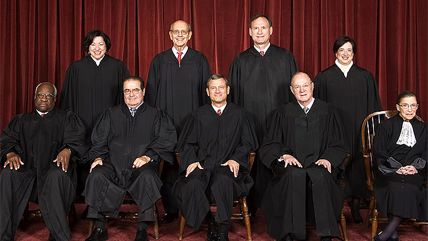 The U.S. Supreme Court confronted the issue of racial bias in jury selection on Monday when it heard oral arguments in a case arising from a prosecutor's alleged efforts to prevent blacks from serving as jurors in the murder trial of a black defendant. The lead prosecutor in that case eventually told the all-white jury to impose the death penalty in order to "deter other people out there in the projects."

"We have an arsenal of smoking guns in this case," Foster's attorney, Stephen Bright, told the Supreme Court on Monday.

Several justices seemed inclined to agree. "You have a lot of new information here from these files that suggests that what the prosecutors were doing was looking at the African­ American prospective jurors as a group, that they had basically said, we don't want any of these people," Justice Elena Kagan told Deputy Attorney General of Georgia Beth Burton. "All the evidence suggests a kind of singling out."

Before the Court discussed the merits of the case, however, the justices spent nearly half of the oral argument bogged down in a complicated morass of technical questions pertaining to jurisdiction.

"Are we addressing just whether there's arguable merit to the claim or are we addressing the claim on its own merits?" asked Chief Justice John Roberts at one point. A few minutes later, Justice Antonin Scalia raised another jurisdictional concern. "How can we reverse [the Georgia Supreme Court] on—on an issue they—they never considered?" After one particularly convoluted exchange, Justice Sonia Sotomayor simply declared, "I'm sorry. I'm so confused I can't even."

That confusion could ultimately spell disappointment for criminal justice reformers. If the Court fails to find clarity on the questions surrounding jurisdiction, this dispute could be sent back down to the lower courts for further sorting out without the justices ever getting around to ruling on the merits.

A decision in Foster v. Chatman is expected by June 2016.