The Disposable Life of a 20-Year-Old Confidential Informant

A North Dakota drug task force bullied a college student into working for them. Then he turned up dead.

Anthony Fisher | From the October 2015 issue 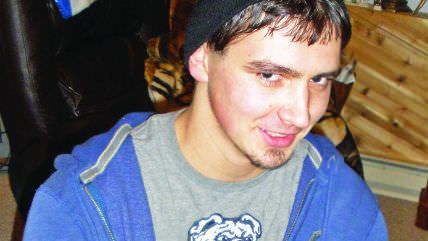 On June 27, 2014, the body of 20-year-old Andrew Sadek, a promising electrical engineering student at the North Dakota State College of Science in Wahpeton, North Dakota, was pulled from the Red River bordering North Dakota and Minnesota. Missing for two months, Sadek was found shot in the head, wearing a backpack filled with rocks.

The grisly death of a college kid in one of the safest towns in the state did not lead to a sweeping investigation. In fact, police immediately said they did not suspect foul play. Instead, they tried to convince Andrew's grieving parents that their son, who had never shown depressive tendencies, had killed himself.

What the police knew but would not reveal until forced to almost a year later by the state attorney general was that Andrew had been working as a confidential informant (C.I.) for the Southeast Multi-County Agency (SEMCA), a multi-agency drug task force answerable only to its own 12-person board of local senior police officers and elected officials.

After meeting with callous indifference from the college and multiple law enforcement agencies, all of which declined responsibility for investigating the case as a potential murder, the Sadeks demanded a statewide probe. The culmination of these efforts was a report from the North Dakota Attorney General's Bureau of Criminal Investigation released in January 2015—some nine months after Andrew went missing.

The attorney general's report on Andrew Sadek's involvement with SEMCA runs all of four and a half pages. The names of the authors and of the agency's board members alone take up nearly half the report. But buried among the bureaucratic formalities was the revelation that Andrew first came into contact with SEMCA in April 2013, after he twice sold a total of 4.5 grams—or $80 worth—of marijuana to a confidential informant. A police raid on Andrew's dorm room subsequently turned up nothing but a small plastic grinder and some marijuana residue. Small potatoes, even in a small town, but possession of the grinder plus the two sales to SEMCA's informant in a "school zone" (which in North Dakota can also mean a college) was enough for authorities to threaten Andrew with two Class A felony charges, each carrying a possible 20-year sentence. Or, he could "voluntarily" agree to work as a confidential informant.

Despite the obvious dangers inherent in helping the police bust drug dealers, the report said SEMCA acted appropriately when it recruited Andrew, a nonviolent first-time offender, as a C.I. The report's conclusion recommended four minor tweaks to protocol, such as having a "Pre-Ops briefing" and assigning a supervisor to each case.

At the time, the lack of a statewide chain of command meant SEMCA was accountable only to itself. The agency now falls under the jurisdiction of the North Dakota attorney general, whose office would say only, "We have no opinion on confidential informants." SEMCA's board remains intact.

Tammy Sadek, Andrew's mother, hopes the devastating loss of her son can serve as a cautionary tale to other young people who have gotten in over their heads with a minor drug offense and feel they have no choice but to work as an informant.

"I don't want other kids to end up in this situation," Tammy says. "Talk to your parents. Talk to a lawyer. Don't do the police's job for them."