Pot Busts Rise for the First Time Since 2009

Despite decriminalization and legalization in some states, there were more than 700,000 marijuana arrests last year. 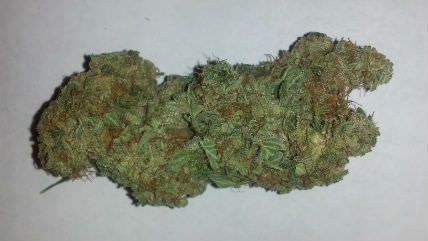 New FBI data indicate that the number of marijuana arrests in the United States rose last year for the first time since 2009. The change, from 693,482 in 2013 to 700,993 in 2014, represented an increase of just 1 percent, but it suggests that enforcement has intensified in jurisdictions where possessing small amounts of marijuana is still an arrestable offense. In recent years states such as Massachusetts, California, Colorado, and Washington have eliminated such arrests, contributing to a downward trend that began in 2010. Marijuana arrests also have fallen sharply in New York City since 2011 and continued to fall there in 2014. Last year's national total was still 18 percent lower than the 2009 peak of 858,408.

"On average," notes the Marijuana Policy Project (MPP), "one person was arrested for a marijuana-related offense in the U.S. approximately every 45 seconds" in 2014. As usual, possession (as opposed to cultivation of distribution) accounted for the vast majority (88 percent) of marijuana arrests, which in turn accounted for almost half (45 percent) of all drug arrests. Total drug arrests also rose last year, from 1,501,043 to 1,561,231, after falling in 2013.

"These numbers refute the myth that nobody actually gets arrested for using marijuana," says Mason Tvert, MPP's communications director. "It's hard to imagine why more people were arrested for marijuana possession when fewer people than ever believe it should be a crime. Law enforcement officials should not be wasting their time and resources arresting and prosecuting adults for using marijuana."