Faculty senate says "that shielding students from controversial material will deter them from becoming critical thinkers and responsible citizens." 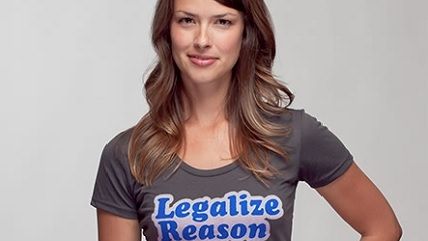 The faculty senate at American University in Washington, D.C., has issued a resolution that really stands up for free expression. That such a proclamation is worthy of note tells you pretty much everything you need to know about the state of campus discourse and intellectual freedom these days.

The resolution is adamantly opposed to trigger warnings as a means of censoring appropriate materials or giving students an out from confronting college-level material. Snippets:

As laws and individual sensitivities may seek to restrict, label, warn, or exclude specific content, the academy must stand firm as a place that is open to diverse ideas and free expression. These are standards and principles that American University will not compromise.

Faculty may advise students before exposing them to controversial readings and other materials that are part of their curricula. However, the Faculty Senate does not endorse offering "trigger warnings" or otherwise labeling controversial material in such a way that students construe it as an option to "opt out" of engaging with texts or concepts, or otherwise not participating in intellectual inquiries….

…the Faculty Senate affirms that shielding students from controversial material will deter them from becoming critical thinkers and responsible citizens. Helping them learn to process and evaluate such material fulfills one of the most important responsibilities of higher education.

That sounds about right, doesn't it?

This action comes on the heels of well-received piece in The Atlantic by Jonathan Haidt and Greg Lukianoff arguing that "coddling" students with trigger warnings actually makes them less able to deal with problems; President Obama denouncing campus restrictions on speech; and schools such as the University of Chicago and University of New Hampshire pushing back against speech police.

Maybe the censorship fever is starting to break, or at least cool off a bit.

Watch "Trigger Warnings, Campus Speech, and the Right to Not Be Offended":