But people with an "interest in eluding law enforcement" might not. 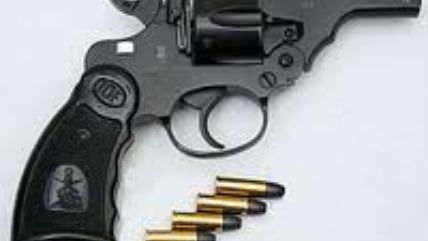 As America is riled over the rights of illegal aliens to bear native children in these United States, the 7th Circuit Court of Appeals ups the ante of alienfear: the law should not be able to bar them from owning or bearing weapons just because they are not citizens.

The decision comes in the case of U.S. v. Meza-Rodriguez. Excerpts with commentary from a decision from Judge Diane Wood:

responded to a report that an armed man was at a local bar. The officers obtained a surveillance video showing a man pointing an object that resembled a firearm. Witnesses later identified that man as Meza-Rodriguez. A few hours later, the same officers responded to a different report of a fight at a neighboring bar. The officers broke up the fight and recognized MezaRodriguez as the man from the surveillance video. After a foot chase, they apprehended him and patted him down. This brief search turned up a .22 caliber cartridge in his shorts pocket.

That man was Mariano Meza-Rodriguez, brought to the U.S. when he was a child by his parents but never a legitimate citizen here.

He was charged with violating federal statute 18 U.S.C. § 922(g)(5), which makes it illegal for an alien to "possess in or affecting commerce, any firearm or ammunition."

What does the 7th Circuit think? (Meza-Rodriguez was booted from the country, and that conviction would bar him from return.) Who are the "people" the Second Amendment protects, and does it include non-citizen aliens here in the States?

The Court notes what some other courts have thought about that question:

That case roughly concluded that only aliens with "substantial ties" in the U.S. could expect those constitutional protections. The Court thinks that Meza-Rodriguez qualifies. He was here voluntarily and has:

resided here from the time he arrived over 20 years ago at the age of four or five until his removal. He attended public schools in Milwaukee, developed close relationships with family members and other acquaintances, and worked (though sporadically) at various locations. This is much more than the connections our sister circuits have found to be adequate

Having a criminal record, which Meza-Rodriguez did, is not enough to bar him from having this substantial connection with the U.S. under Verdugo-Urquidez. Plyer v. Doe (1982) (a case about school funding for non citizens) is another Supreme Court case the 7th Circuit relies on to conclude that an alien can be a person with constitutional rights in the U.S.

Thus, their zinger of a conclusion on the question of, does Meza-Rodriguez or other illegal aliens have a Second Amendment right to call on? is absolutely:

In the post-Heller world, where it is now clear that the Second Amendment right to bear arms is no second-class entitlement, we see no principled way to carve out the Second Amendment and say that the unauthorized 14 No. 14-3271 (or maybe all noncitizens) are excluded. No language in the Amendment supports such a conclusion, nor, as we have said, does a broader consideration of the Bill of Rights.

The 7th Circuit has a tradition of being nicely respectful of Second Amendment rights, having in the Moore v. Madigan case in 2012 overturned complete bans on public carry in Illinois,

But that doesn't mean everything is OK for Mr. Meza-Rodriguez.

This is one of those subtle cases where a right that the defendant was trying to assert was declared valid by the Court, but the defendant still lost his case. We saw a similar dynamic in the important 2001 case U.S. v. Emerson in the 5th Circuit that launched the modern era of Second Amendment jurisprudence explicitly recognizing an individual right in the amendment that resulted in the important Heller decision.

There as well the right was upheld but the defendant found guilty anyway, more or less because the Court could see a pro-government loophole in the right.

In this case, the Court concluded, well, of course, while he has a Second Amendment right, no right is absolute and that:

Congress's interest in prohibiting persons who are difficult to track and who have an interest in eluding law enforcement is strong enough to support the conclusion that 18 U.S.C. § 922(g)(5) does not impermissibly restrict Meza-Rodriguez's Second Amendment right to bear arms. We thus AFFIRM the district court's denial of his motion to dismiss.

It strikes me (not a lawyer) that the fine distinction the Court drew here might not make much difference, since surely in most cases it could be argued that nearly by definition an illegal alien might have that characteristic of being "difficult to track" and with "an interest in eluding law enforcement."

In fact, that can apply to all sort of citizens as well so I hope Congress never chooses to pass a law making it illegal to own a gun if you don't want to be talked to by cops for whatever reason.

Legal scholar Josh Blackman has this speculation about the case, after spelling out as per the case that "Judge Wood parted company with the 4th, 5th, 8th, and 10th Circuits" with the aliens-can-have-Second-Amendment-rights holding and thus created a point ripe for Supreme Court consideration:

Will the government seek certiorari here? It's a close call. They won on the underlying issue, but lost on the question of the applicability of the 2nd Amendment. Such a ruling opens up other possible 2nd Amendment challenges by resident aliens who cannot bear arms. This could be the first time the federal government has petitioned for cert on a 2nd Amendment case since Heller itself!