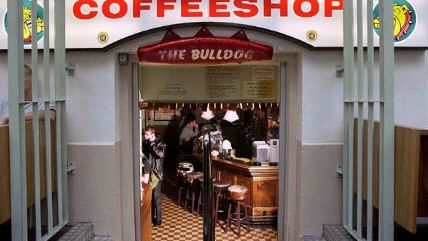 A marijuana legalization initiative that is expected to appear on the Massachusetts ballot in 2016 would allow on-site consumption at businesses that sell cannabis products. In my latest Forbes column, I explain why that's a big deal:

When the Campaign to Regulate Marijuana Like Alcohol in Massachusetts unveiled the text of its 2016 legalization initiative this month, the group highlighted several features of the measure but omitted the most interesting one. The Regulation and Taxation of Marijuana Act would allow consumption of cannabis products on the premises of businesses that sell them, subject to regulation by the state and approval by local voters.

That's a big deal, because until now no jurisdiction has satisfactorily addressed the obvious yet somehow touchy question of where people can consume the cannabis they are now allowed to buy. The legalization initiatives approved by voters in Colorado, Washington, Oregon, and Alaska all promised to treat marijuana like alcohol, which implies allowing venues similar to taverns where people can consume cannabis in a social setting. Yet all four states say businesses that sell marijuana may not let customers use it on the premises.

Although a few "bring your own cannabis" (BYOC) clubs have popped up to accommodate people who want to use marijuana outside their homes from time to time, the legality of such establishments is a matter of dispute. The result is that people can openly buy marijuana without fear, but they still have to consume it on the sly, just like in the bad old days. The problem is especially acute for visitors from other states, since pot-friendly hotels are still pretty rare.