Like Scalia, Thomas sides with the ersatz "liberty" of the People (a collectivist notion) against the real liberty of the several persons. 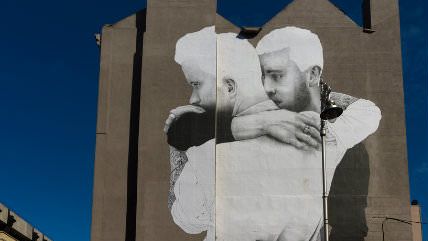 Compared to Supreme Court Justice Antonin Scalia, his colleague Clarence Thomas is well regarded by at least some devotees of liberty. This is not totally unjustified. Thomas has demonstrated a familiarity with the philosophy and history of natural law and natural rights, which he (at times) sees rooted in individual persons. For this reason, in some areas he has opposed expansion of government power; for example in U.S. v. Lopez, he broke long precedent and held that the commerce clause of the Constitution is not a blank check to the government.

However, this background knowledge has not kept him from taking positions abhorrent by libertarian standards. For example, he voted with the minority in Lawrence v. Texas, in which the court struck down a law criminalizing intimate acts between gay and lesbian individuals. To be fair, Thomas said his objection to the majority opinion was constitutional, not substantive: "I can find [neither in the Bill of Rights nor any other part of the Constitution a] general right of privacy." (On the right to privacy and the Constitution, see my 1993 article "Dissolving the Inkblot: Privacy as Property Right.") He called the particular law in question (quoting another case) "uncommonly silly," adding, "if I were a member of the Texas Legislature, I would vote to repeal it."

He also dissented in U.S. v. Windsor, which struck down the part of the Defense of Marriage Act that denied the surviving spouse of a state-recognized same-sex marriage exemption from the federal estate tax. Thomas has supported civil asset forfeiture, drug testing of student athletes in government schools, and broad presidential war-making powers. So he has not been opposed to government expansion across the board. Far from it.

Of course in Obergefell v. Hodges, Thomas voted against the proposition that state laws which deny recognition to same-sex marriages are unconstitutional because they violate the due-process/liberty and equal-protection clauses of the 14th Amendment. Even so, his dissenting opinion has material of interest to libertarians.

Thomas's main point is that Justice Anthony Kennedy's majority opinion did not demonstrate that denying recognition to same-sex marriage constitutes a violation of liberty. A denial of state benefits? Yes. But, he pointed out, to deny state benefits is not to deny liberty. Some quotes:

• Since well before 1787, liberty has been understood as freedom from government action, not entitlement to government benefits.

• The majority claims these state laws deprive petitioners of "liberty," but the concept of "liberty" it conjures up bears no resemblance to any plausible meaning of that word as it is used in the Due Process Clauses.

• "Liberty" most likely refers to "the power of locomotion, of changing situation, or removing one's person to whatsoever place one's own inclination may direct; without imprisonment or restraint, unless by due course of law."

• It is hard to see how the "liberty" protected by the Clause could be interpreted to include anything broader than freedom from physical restraint.

• The founding-era idea of civil liberty as natural liberty constrained by human law necessarily involved only those freedoms that existed outside of government.

• Whether we define "liberty" as locomotion or freedom from governmental action more broadly, petitioners have in no way been deprived of it.

• Petitioners do not ask this Court to order the States to stop restricting their ability to enter same-sex relationships, to engage in intimate behavior, to make vows to their partners in public ceremonies, to engage in religious wedding ceremonies, to hold themselves out as married, or to raise children. The States have imposed no such restrictions. Nor have the States prevented petitioners from approximating a number of incidents of marriage through private legal means, such as wills, trusts, and powers of attorney.

• But receiving governmental recognition and benefits has nothing to do with any understanding of "liberty" that the Framers would have recognized.

• As a philosophical matter, liberty is only freedom from governmental action, not an entitlement to governmental benefits.

That's a lot of repetition in a fairly short opinion. I guess Thomas wanted to make sure we got the point. And it's a fair point. Liberty means freedom from aggression, not access to a government benefit, which itself must be produced by aggression against people as taxpayers, employers, etc.

But this doesn't mean that Thomas's opinion is sound overall, for it suffers from serious flaws. He seems oblivious of the fact that most states which refused to recognize same-sex marriage also refused to enforce private marriage contracts. That being the case, same-sex couples wishing to marry definitely had their liberty violated.

Moreover, Thomas says nothing about Kennedy's claim that denying recognition violates the principle of equal protection under the law. One can agree with Thomas that no liberty was violated but still object on classical-liberal and constitutional grounds to the denial of equal protection.

Finally, parts of Thomas's opinion show the same lack of understanding of liberty that Scalia showed in his dissenting opinion. Thomas writes:

• To protect that liberty from arbitrary interference, they [the people] establish a process by which that society can adopt and enforce its laws. In our country, that process is primarily representative government at the state level, with the Federal Constitution serving as a backstop for that process. As a general matter, when the States act through their representative governments or by popular vote, the liberty of their residents is fully vindicated. [Emphasis added.]

• That petitioners disagree with the result of that process does not make it any less legitimate. Their civil liberty has been vindicated.

What Thomas is saying here is that liberty is not, as Benjamin Constant put it, "the enjoyment of security in private pleasures." Rather, it's the right merely to participate in the democratic process. If your position fails, fret not. Your civil liberty has been vindicated.

Like Scalia, Thomas sides with the ersatz "liberty" of the People (a collectivist notion) against the real liberty of the several persons. When you get down to basics, he's no friend of freedom.