The Fifth Amendment's Takings Clause now protects you from government programs that steal your food. 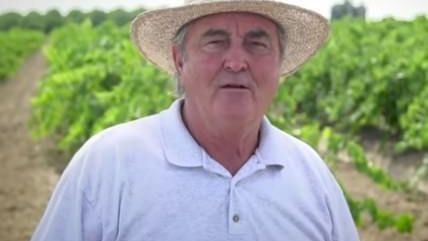 This was, to put it mildly, a big week for legal news. Given the decisions on Obamacare and gay marriage that were handed down by the U.S. Supreme Court during the latter half of the week, it would be easy to forget that the week started off with a key Supreme Court decision striking down an awful New Deal-era agricultural program. But let's give the raisins their due.

In Horne v. USDA, a family that markets raisins sued the United States Department of Agriculture (USDA) after an agency program forced them to turn over hundreds of thousands of dollars of raisins (or their cash equivalent) for nothing more than the reason that they are engaged in commerce in raisins. The Hornes argued that the USDA program amounts to an unconstitutional taking under the Fifth Amendment.

Much of the case centered on whether (and how) the Fifth Amendment's Takings Clause protects personal property like raisins in the same way it does real property like homes.

I attended oral arguments in the case both times it reached the Supreme Court—first in March 2013, which I wrote about here, and then more recently earlier this year.

The case helps clarify and solidify an important protection for personal property—specifically, in this case, food.

Cato, the Reason Foundation, and several other groups filed amicus briefs in support of the Hornes. I also wrote and filed (with Keep Food Legal Foundation) an amicus brief in support of the Hornes. In the brief, I introduced the argument that protecting individuals' property rights in their food was the very reason for including the Takings Clause in the Bill of Rights.

How's that? Here are the facts. As my brief describes, a person's rights in food as property go back to Britain's Magna Carta, which established the just compensation principle that was at the heart of the Horne case. A 1606 case English case pertaining to the food preservative (and gunpowder ingredient) saltpeter later established the public-use principle (also part of the Takings Clause). Shortly after the colonies became home to permanent British settlers, in 1641, Massachusetts established the first protection against uncompensated takings (specifically, of cattle and other personal property). Later, in the years prior to and during the American Revolution, the British increasingly violated the colonists' personal property rights in food. This inspired Founding Father James Madison to draft the Takings Clause in order to protect the property rights of Americans by preventing the government from engaging in any such future abuses. In other words, the Takings Clause was inspired by British protections of—and violations of—property rights in food.

Needless to say, I was pleased to see Chief Justice John Roberts's opinion spend a good deal of time discussing much of this same history. Many scholars and writers, too, have noted the history in their reflections on the case. That said, nearly everyone from Chief Justice Roberts on down ignores the key role of food, specifically, in giving rise to the Clause.

"[T]he Hornes have helped the Court to settle a fundamental principle, namely, that the Fifth Amendment's Takings Clause prohibits the government from taking both real and personal property for public use without just compensation," writes the Cato Institute's Roger Pilon of the decision, in a post that doesn't mention these food-related origins.

"The Takings Clause was adopted in part as a reaction to abusive British confiscation of personal property during the colonial era and the Revolutionary War," writes George Mason University Law School Prof. Ilya Somin at the Volokh Conspiracy. No food-related origins there, either.

And then there's this: while the amicus brief I wrote mentions the word "food" no less than 75 times, the other dozen amici combined use the same word exactly once.

Nevertheless, the Horne ruling is a tremendous victory for supporters of property rights and of food freedom. Still, it's also limited in its reach.

As I wrote earlier before this year's oral arguments, the USDA has similar marketing order programs in place that govern a host of fruits, vegetables, herbal products, and nuts, including almonds, apricots, avocados, many cherries, citrus fruits from Florida and Texas, cranberries, dates, grapes, hazelnuts, kiwi, olives, many onions and pears, pistachios, California plums and prunes, many potatoes, raisins, spearmint oil, tomatoes, and walnuts.

Yet, despite my stated earlier optimism that a victory in Horne might wash away all of these programs, it's clear this week's ruling is unlikely to do much to abolish them.

"Unfortunately, the court's ruling is limited," reads an excellent Las Vegas Review-Journal editorial. "Committees that control similar crops are on notice that they'll have to compensate farmers fairly if they seize crops. But other confounding agricultrual regulations, which pay farmers to not farm and drive consumer prices ever higher, remain."

The continued existence of these programs is both an outrage and an affront to the Constitution.

"What makes the court's twisting of the [Takings] doctrine even more baffling is that it ultimately instructs the government that it can permissibly achieve its market control goals by imposing a quota without offering raisin producers a way of reaping any return whatsoever on the raisins they cannot sell," wrote Justice Sonia Sotomayor, the lone voice to dissent from the Court's main holding (emphasis mine).

I agree with Justice Sotomayor that the Court is being inconsistent. But I disagree with her that this inconsistency should have had any impact on the outcome in Horne. Rather, it's what makes quotas and other USDA programs that restrict the rights of food producers of all sorts the next logical target for supporters of property rights, economic rights, and food freedom.