L.A.'s Minimum Wage Hike: A Teaching Moment for Those Trying to Help the Underprivileged

It's harder to do good for someone if doing good costs a lot more. And employing someone is often doing good for them. 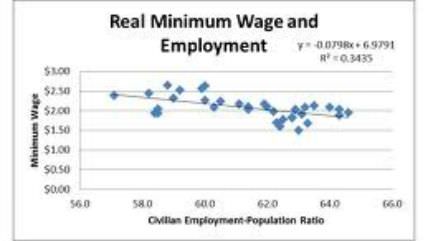 A lightly annotated story from today's L.A. Times from the frontline of the politically connected trying to claim special exemptions from L.A's forthcoming minimum wage hike, which highlights not the corruption of the politically connected seeking special favors but the logic that should lead to a universal exemption, i.e., abandoning the prospective minimum wage hike.

It begins with a discussion of the dilemma of Homeboy Diner, in City Hall itself. It is:

Now, the paper reports, the diner has been directly lobbying City Hall for fear that a minimum wage increase that will likely become law this week and go into effect years down the line "will force them to scale back the number of people they employ" by making it more expensive to employ them.

Homeboy has spent months seeking relief from the law, but only for clients in its so-called transitional jobs training program. Without an exemption, the nonprofit will need to eliminate 60 of its 170 trainee positions by the time the wage reaches $15, said Jose Osuna, the group's director of employment services.

Currently, an 18-month possible exemption for "transitional workers" has been "set aside for more study" by the L.A. City Council.

Any and every low wage job might become "transitional" of course and it is especially those whose perceived marginal value to employers might trend low, like ex-cons, who face the greatest dangers from the marginal cuts in demand for workers that minimum wage hikes cause—even if the total unemployment rate or total hours employed don't dive obviously in some economists' study.

Council member Curren Price is opposed to any exemption:

"Philosophically, I do not feel comfortable saying to transitional workers that, because they have faced challenges in their lives, they deserve to be paid less than every other worker in the city," he said in an email statement.

Price's sense of desert is all well and good, but employment is not necessarily a matter of desert—it's a matter of what an employer feels ready and willing to pay. Do transitional workers "deserve" to be in more danger of getting no transitional job at all because of Price and his Council's decision?

Councilman Gil Cedillo "says Homeboy's clients should not be considered as part of the workforce because they are receiving counseling and other services as they begin to find permanent employment.

"They're more akin to students or trainees," he said. "So the people who provide their education and training will have greater capacity [to help people] if we exempt their business model."

All sorts of jobs have elements of learning or training, especially at the entry level. Merely having a job at all can have value down the line worth enormously more than the wage you are currently earning in terms of a proven track record of reliable employability or moving up within a particular organization. (It doesn't always, of course. But Cedillo's logic applies to all sorts of jobs with a less obvious "training/student" aspect.)

The story goes on to point out something Reason wrote about last week:

Labor leaders ignited a firestorm last week, pushing for their own exemption from the minimum wage hike, one that would apply to union workplaces where employees agree to a lower pay scale. [Rusty] Hicks [head of L.A. County Federation of Labor and leader of the Raise the Wage Coalition] suggested he would not have a problem with an exemption for Homeboy if its job programs had collective bargaining, which unionized workplaces do.

"If those program participants had a say in what their wage would be, then that's a different conversation," Hicks said to The Times.

Everyone has a say in what their wage is, by agreeing or not agreeing that the combination of time, place, quality of work, other options, and the wage is something they will agree to take.

Other charity organizations dedicated to helping the homeless or otherwise disadvantaged get back in the workforce are also concerned about a minimum wage hike:

Chrysalis, which focuses heavily on helping the homeless re-enter the workforce, also wants an exemption. So does the L.A. Conservation Corps, which provides transitional jobs for young adults, particularly those who have struggled in school or had run-ins with the law.

Executives with the corps warn the $15 wage could force them to cut the number of transitional job participants by as much as half, from 400 people to 200. On Friday, workers with the corps told council members their employer had helped them reach critical milestones: earning a diploma, getting a driver's license, learning how to raise a family.

Mark Loranger, president and chief executive of Chrysalis, said he ran the numbers on the proposed wage hike and concluded the increases would add $2 million to its costs by 2018. He said he would not be able to raise enough extra money from donors or other sources to cover the entire expense.

Chrysalis helped more than 500 clients, many of whom had been out of the workforce for years, find transitional jobs in 2014. The average age of a trainee is 42, Loranger said.

None of this is to say that these particular agencies or organizations are cutting every penny to the bone in order to serve their supposed clientele with jobs at a higher legal wage. But a higher minimum wage makes every person hiring have to weigh whether a new employee is worth it. It is fabulously unlikely that some people won't make the cut. (And even in terms of weighing some social or civic obligation to keep people's income elevated, why should the weight of it fall on the person or entity that is already hiring/helping by making them pay the difference that government has decided is "deserved" or needed?)

There's no reason to especially privilege self-styled "transitional" charity employment. There's also no reason to use the force of law to cut anyone off from the ability to get work that can transition them to a history of jobs vs. a history of joblessness (in addition to paying them a wage they might need). People who do manage to get/keep jobs in a $15 minimum wage regime will benefit. But it will be at the expense of the less well-positioned, less fortunate, less trained, less experienced, or less educated.

"We're integrating people into the workforce, and we're making them better human beings," Council member Cedillo said to The L.A. Times. "How do we put a cost on something like that?"

I don't know. But if you put too high a price on it, you fail to integrate some people into the workforce.

Some light empiricism on the minimum wage.