How the Supreme Court allows drug dragnets while calling them unconstitutional 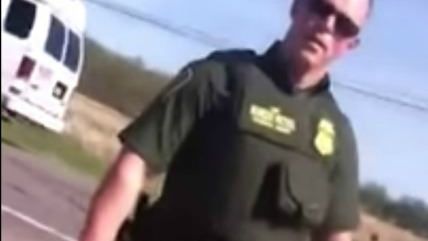 Last week I described a stop at an immigration checkpoint in upstate New York during which a Border Patrol agent used a stun gun against an unarmed, nonviolent college student. In my latest Forbes column, I explain how the Supreme Court set the stage for such incidents:

If you want to know how Jessica Cooke ended up on her back, screaming in pain as the barbs from a stun gun delivered incapacitating electricity into her body, there are several possible answers. You could say this indignity was caused by her own stubbornness, her refusal to comply with the seemingly arbitrary dictates of a Border Patrol agent who was detaining her for no apparent reason at an internal immigration checkpoint in upstate New York. Or you could blame the agent's insistence on obeisance to his authority, which led him to assault an unarmed 21-year-old woman who posed no threat to anyone. But the ultimate responsibility lies with the Supreme Court, which has invited this sort of confrontation by carving out a disturbing and dangerous exception to the Fourth Amendment.