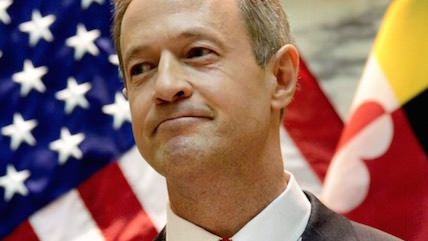 "I go back to the Martin O'Malley administration and every one of his goals has been short-term – nothing was ever long-term. And because he had these short-term goals for instant results… he left it wide open for long-term disaster," says Law Enforcement Against Prohibition executive director Neill Franklin. "And that's what we are experiencing now."

It seems hard to believe, but months ago, Baltimore's politicians were confidently predicting a economic revival for the city. But after six Baltimore police officers where involved in the death of 25-year-old African-American Freddie Gray, the city erupted into the worst rioting it's seen in 50 years. The crisis has put police brutality in the spotlight, left leaders grasping for answers, and sparked an examination of the roots of the violence.

Franklin, a 34-year veteran of Maryland law enforcement and a former drug warrior, sat down with Reason TV's Todd Krainin to explain how the drug war policies of the O'Malley administration helped fuel the riots in Baltimore.

"In 2005 we had 108,000 arrests in a city of 620,000 residents," Franklin explains. "How much long-term damage did that do to these neighborhoods in Baltimore, to the families in Baltimore, to all these people that now have an arrest record?"

About 8 and a half minutes.

Produced by Todd Krainin and Joshua Swain. Camera by Meredith Bragg and Swain.